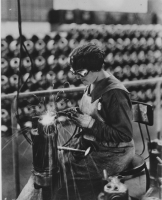 The history of joining metals goes back several millennia. Called forge welding, the earliest examples come from the Bronze and Iron Ages in Europe and the Middle East. The ancient Greek historian Herodotus states in The Histories of the 5th century BC that Glaucus of Chios ""was the man who single-handedly invented iron welding"".Welding was used in the construction of the Iron pillar of Delhi, erected in Delhi, India about 310 AD and weighing 5.4 metric tons.

The Middle Ages brought advances in forge welding, in which blacksmiths pounded heated metal repeatedly until bonding occurred. In 1540, Vannoccio Biringuccio published De la pirotechnia, which includes descriptions of the forging operation.Renaissance craftsmen were skilled in the process, and the industry continued to grow during the following centuries.

In 1800, Sir Humphry Davy discovered the short pulse electrical arc and presented his results in 1801.In 1802, Russian scientist Vasily Petrov also discovered the electric arc,and subsequently published “News of Galvanic-Voltaic Experiments"" in 1803, in which he described experiments carried out in 1802. Of great importance in this work was the description of a stable arc discharge and the indication of its possible use for many applications, one being melting metals.In 1808, Davy, who was unaware of Petrov's work, rediscovered the continuous electric arc.In 1881–82 inventors Nikolai Benardos (Russian) and Stanis?aw Olszewski (Polish) created the first electric arc welding method known as carbon arc welding using carbon electrodes. The advances in arc welding continued with the invention of metal electrodes in the late 1800s by a Russian, Nikolai Slavyanov (1888), and an American, C. L. Coffin (1890). Around 1900, A. P. Strohmenger released a coated metal electrode in Britain, which gave a more stable arc. In 1905, Russian scientist Vladimir Mitkevich proposed using a three-phase electric arc for welding. In 1919, alternating current welding was invented by C. J. Holslag but did not become popular for another decade.

During the middle of the century, many new welding methods were invented. 1930 saw the release of stud welding, which soon became popular in shipbuilding and construction. Submerged arc welding was invented the same year and continues to be popular today. In 1932 a Russian, Konstantin Khrenov successfully implemented the first underwater electric arc welding. Gas tungsten arc welding, after decades of development, was finally perfected in 1941, and gas metal arc welding followed in 1948, allowing for fast welding of non-ferrous materials but requiring expensive shielding gases. Shielded metal arc welding was developed during the 1950s, using a flux-coated consumable electrode, and it quickly became the most popular metal arc welding process. In 1957, the flux-cored arc welding process debuted, in which the self-shielded wire electrode could be used with automatic equipment, resulting in greatly increased welding speeds, and that same year, plasma arc welding was invented. Electroslag welding was introduced in 1958, and it was followed by its cousin, electrogas welding, in 1961.In 1953 the Soviet scientist N. F. Kazakov proposed the diffusion bonding method. 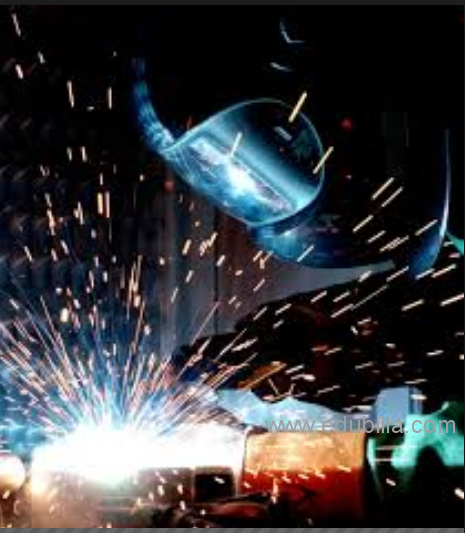 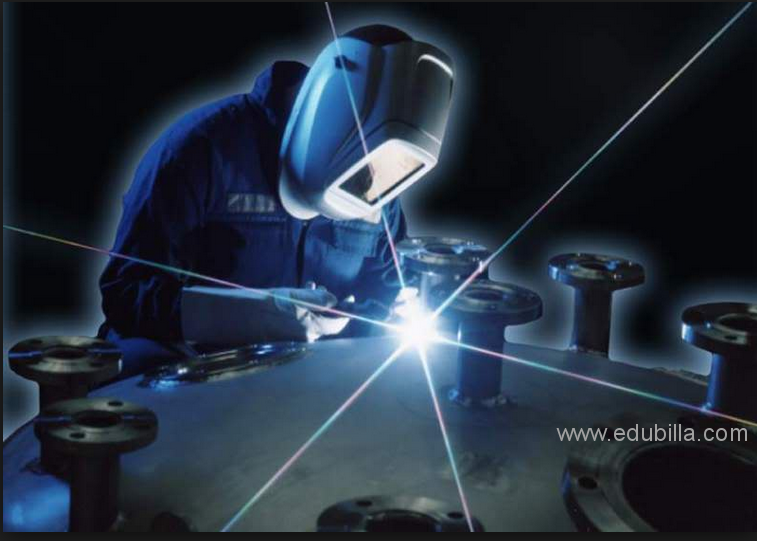