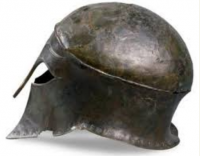 A helmet is a form of protective gear worn to protect the head from injuries.

Ceremonial or symbolic helmets (e.g. UK policeman's helmet) without protective function are sometimes used. The oldest known use of helmets was by Assyrian soldiers in 900BC, who wore thick leather or bronze helmets to protect the head from blunt object and sword blows and arrow strikes in combat. Soldiers still wear helmets, now often made from lightweight plastic materials.

In civilian life, helmets are used for recreational activities and sports (e.g. jockeys in horse racing, American football, ice hockey, cricket, baseball, and rock climbing); dangerous work activities (e.g. construction, mining, riot police); and transportation (e.g. Motorcycle helmets and bicycle helmets). Since the 1990s, most helmets are made from resin or plastic, which may be reinforced with fibers such as aramids.

The word helmet is diminutive from helm, Medieval word for combat protective headgear. The Medieval great helm covers the whole head and often is accompanied with camail protecting throat and neck as well. Originally a helmet was a helm which covered the head only partly.

Historically, helmets have been made from a wide range of materials, including various metals, plastics, leather, and even some fibrous materials such as Kevlar. Ancient and medieval helmets were usually made of metals, often bronze, iron or steel, though some boar's tusk helmets were known to ancient Mycenea.

Some British gamekeepers during the 18th and 19th centuries wore helmets made of straw bound together with cut bramble. Developed in the mid-19th century, the pith helmet, made of pith or cork, was often worn by Europeans in the tropics.

Military applications in the 19th-20th centuries saw a number of leather helmets, particularly among aviation and tanker crews in the early 20th century. In the early days of the automobile, some motorists also adopted this style of headgear, and early football helmets were also made of leather. In World War II, American, Soviet, German, Italian and French flight crews wore leather helmets, the German pilots disguising theirs under a beret before disposing of both and switching to cloth caps. The era of the First and Second World Wars also saw a resurgence of metal military helmets, most notably the Brodie helmet and the Stahlhelm.

Modern helmets have a much wider range of applications, including helmets adapted to the specific needs of many athletic pursuits and work environments, and these very often incorporate plastics and other synthetic materials for their light weight and shock absorption capabilities. Some types of synthetic fibers used to make helmets in the 21st century include Aramid, Kevlar and Twaron. 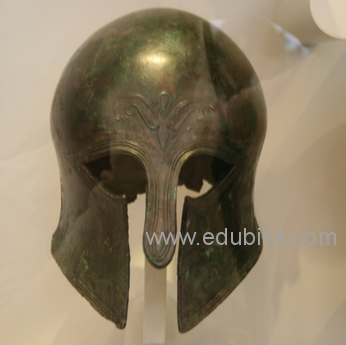 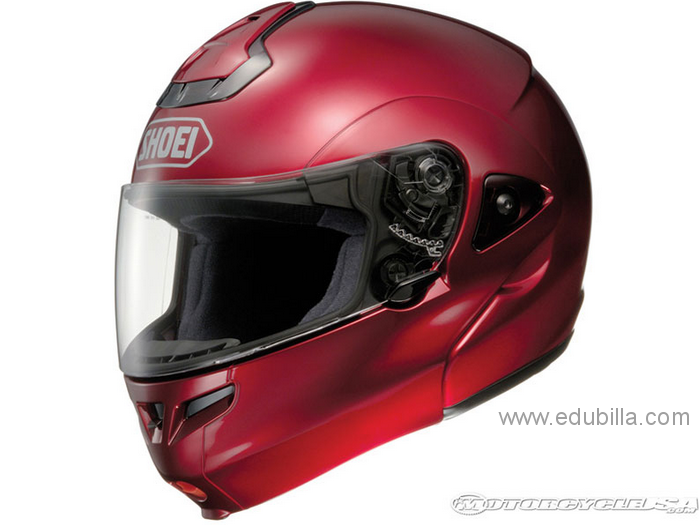