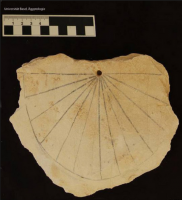 The earliest known uniform systems of weights and measures seem all to have been created at some time in the 4th and 3rd millennia BC among the ancient peoples of Egypt, Mesopotamia and the Indus Valley, and perhaps also Elam (in Iran) as well. The most astounding of these ancient systems was perhaps that of the Indus Valley Civilization (ca. 2600 BC). The Indus Valley peoples achieved great accuracy in measuring length, mass, and time. Their measurements were extremely precise since their smallest division, which is marked on an ivory scale found in Lothal, was approximately 1.704 mm (0.067 in), the smallest division ever recorded on a scale of the Bronze Age. The decimal system was thought to be used but in fact, feet and inches are a more accurate indication of the measure used. The measuring devices found in the Indus Valley actually meet the standards used in South Indian architecture and engineering which are feet and inches. In Tamil Nadu, the inch is used in architectural forms per traditional Vaastu Shastras. Traditional architectural forms are built to 1?16 in (1.6 mm) which is the smallest unit of measure found in the Indus Valley. In addition, the ""yard sticks"" used in Indus Valley (and in Tamil Nadu) measure exactly 33 inches (840 mm) and are divided into 24 units of 1 3?8 inches (35 mm). The 1 3?8 inch is considered to be an angula. A unit of measure 33 inches long is called a hasta, kishku or muzam. A half-hasta was also found in the Indus Valley measuring exactly 16 1?2 inches (12 angula). This measure is currently used by traditional architects such as Dr.V. Ganapati Sthapati who comes from an ancient tradition of Shilpis. The discovery of the relationship between Indus Valley measurement (using feet and inches rather than metric measure) and current and traditional Indian architecture per Vaastu Shastras was made by Dr. Jessie J. Mercay, Chancellor of The American University of Mayonic Science and Technology.

Other systems were based on the use of parts of the body and the natural surroundings as measuring instruments. Ancient Indian measurements related to the body are correlated to the finger measure of 1 3?8 inch. This measure is found throughout the human body in increments. It is the measure used to build ancient temples and is precisely related to the Indus Valley measuring devices. Early Babylonian and Egyptian records and the Bible indicate that length was first measured with the forearm, hand, or finger and that time was measured by the periods of the sun, moon, and other heavenly bodies. When it was necessary to compare the capacities of containers such as gourds or clay or metal vessels, they were filled with plant seeds which were then counted to measure the volumes. When means for weighing were invented, seeds and stones served as standards. For instance, the carat, still used as a unit for gems, was derived from the carob seed. 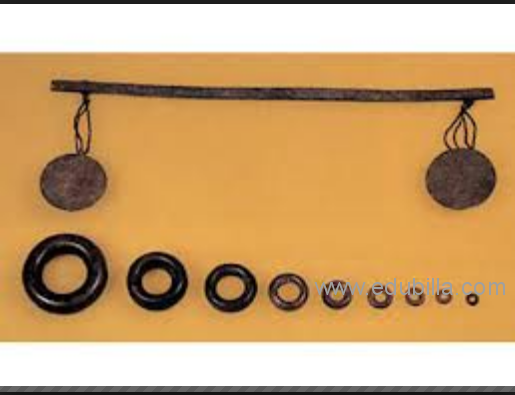