Discover all educational resources in Surat

Surat, previously known as Suryapur, is a city in the Indian state of Gujarat. Surat is also called the "city of flyovers". It is economic capital of Gujarat state and administrative capital of the Surat district. The city is located 306 km south of the state capital, Gandhinagar, on the left bank of the Tapti River (Tapi), the center being around 22 km (14 mi) from the river's mouth.

Surat is Gujarat's second-largest city with a population of 4.6 million at the 2011 census. It is the eighth largest city and ninth largest metropolitan area of India. Surat is the 34th-largest city by area and 4th-fastest developing cities in a in a study conducted by the City Mayors Foundation, an international think tank on urban affairs. The city registered an annualised GDP growth rate of 11.5 per cent over the seven fiscal years between 2001 and 2008. Surat was awarded "best city" by the Annual Survey of India's City-Systems (ASICS) in 2013. Surat is selected as the first smart IT city in India which is being constituted by the Microsoft CityNext Initiative tied up with IT services majors Tata Consultancy Services and Wipro. The city has 2.97 million of internet users which is about 65% of total population.

A moat divides the older parts of the city, with their narrow streets and historical houses, from the newer suburbs.

AURO University of Hospitality and Management 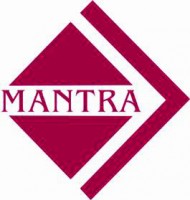 View More
Other Names for Surat