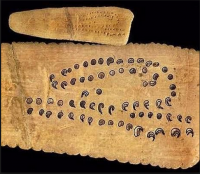 The earliest known lunar calender is in the caves at lascaux,southwest France,and dates from around 15,000B .C.E Various series of spots represent half of the moon's near-monthly cycle,followed by a large empty square,which perhaps indicates a clear sky.

A lunar calender counts months (a period of 29.530588 days) and is based on the phases of the moon. Months have twenty-nine and third days alternatively,and additional days are added every now and then to keep step with the actual moon phase.

There are ""Man made"" lunar calendars that some scientists place as old as 32,000 years. Some recent archeological findings are from the Ice Age where hunters carved notches and gouged holes into sticks, reindeer bones and the tusks of mammoths, depicting the days between each phase of the Moon. These artifacts are dated between 25,000 and 10,000 B.C. There are also surviving astronomical records inscribed on oracle bones dating back to the Shang dynasty of the fourteenth century B.C. that reveal a Chinese calendar, with intercalation of lunar months.

Ancient time keepers were usually Sages, Magi, or astrologer-priests who guarded the sacred records in their rock temples in India, on their ziggurats in Babylonia or their stone observatories and pyramids in Egypt. They calculated that a month was the period the Moon revolved around the Earth, and from this understanding various Lunar Calendars evolved. Until the time of Julius Caesar, the calendar was primarily lunar, with various schemes devised to keep step with the cycle of seasons. When measured in this fashion, lives ebbed and flowed in a 29.53059 day cycle.

Because of the complexity of the lunar cycles and to keep step with the seasons, three distinct types of calendars developed:

The first type of calendar to come into use is the lunar calendar. This calendar follows the lunar phase cycle without regard for the seasonal or tropical year.

The next to come into use is the lunisolar calendar. This calendar is based on the lunar phase cycle, but every few years a whole 13th month is intercalated to bring the calendar back in phase with the tropical year.

The third type of calendar is a solar calendar, designed to maintain synchronicity with the tropical year. This is done by adding intercalary days into the calendar every few years to increase the average length of the calendar year, such as the leap years. 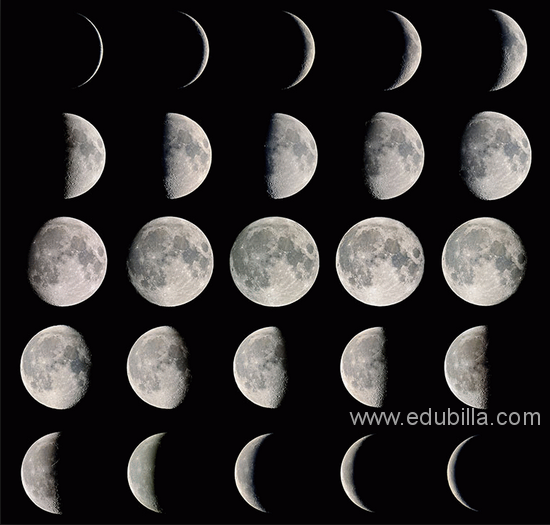 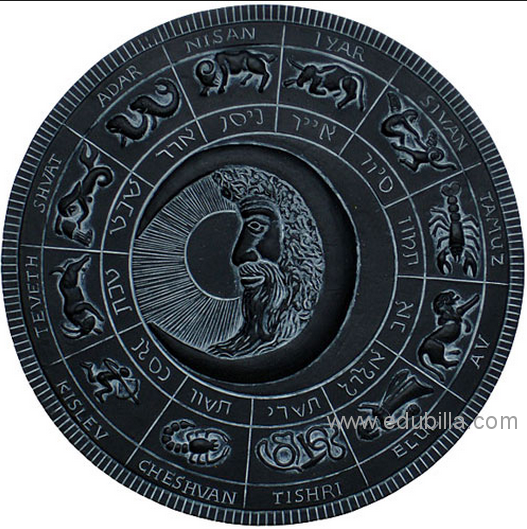