Metalworking is the process of working with metals to create individual parts, assemblies, or large-scale structures. The term covers a wide range of work from large ships and bridges to precise engine parts and delicate jewelry.

America was the processing of copper in Wisconsin, near Lake Michigan. Copper was hammered until brittle then heated so it could be worked some more. This technology is dated to about 4000-5000 BC. The oldest gold artifacts in the world come from the Bulgarian Varna Necropolis and date from 4450 BC.

Not all metal required fire to obtain it or work it. Isaac Asimov speculated that gold was the ""first metal."" His reasoning is that gold by its chemistry is found in nature as nuggets of pure gold. In other words, gold, as rare as it is, is always found in nature as the metal that it is. There are a few other metals that sometimes occur natively, and as a result of meteors. Almost all other metals are found in ores, a mineral bearing rock, that require heat or some other process to liberate the metal. Another feature of gold is that it is workable as it is found, meaning that no technology beyond eyes to find a nugget and a hammer and an anvil to work the metal is needed. Stone hammer and stone anvil will suffice for technology. This is the result of gold's properties of malleability and ductility. The earliest tools were stone, bone, wood, and sinew. They sufficed to work gold.

By the historical periods of the Pharaohs in Egypt, the Vedic Kings in India, the Tribes of Israel, and the Maya civilization in North America, among other ancient populations, precious metals began to have value attached to them. In some cases rules for ownership, distribution, and trade were created, enforced, and agreed upon by the respective peoples. By the above periods metalworkers were very skilled at creating objects of adornment, religious artifacts, and trade instruments of precious metals (non-ferrous), as well as weaponry usually of ferrous metals and/or alloys. These skills were finely honed and well executed. The techniques were practiced by artisans, blacksmiths, atharvavedic practitioners, alchemists, and other categories of metalworkers around the globe. For example, the ancient technique of granulation is found around the world in numerous ancient cultures before the historic record shows people traveled to far regions to share this process that is still being used by metalsmiths today. 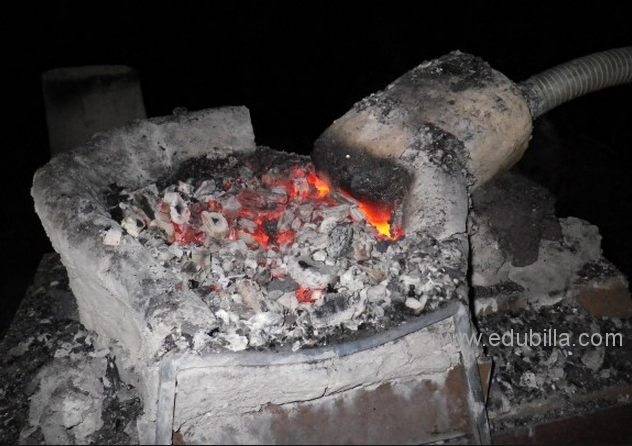