The sun travels across the sky at the rate of 15 degrees per hour(reappearing at a given point after one day) and the shadow that it casts moves at a soimilar rate.In sunny climes teh shadow has been used as a clock.The most ancient bclock was the vertical obelisk.This tapering column,rather like Cleopatra's needle in london,cast a shadow that varied in its length and orientation as the day progressed.

The Egyptians had a small,portable shadow clock.it cosisted of a T-shaped bar that lay on the ground,except that close to the shorter crossbar was a 90-degree bend that lifted the crossbar above the long horizontal stem so that its shadow would fall on the stem.The long stem was pointed directly toward the west point on the horizon in the morning.At noon,it was pointed in the reverse direction toward the east.There were five variably spaced markers on the bar,the one directly under the ""T"" indicating where the shadow would be at noon and the subsequent ones for the five hours between noon and sunset(or sunrise and noon if it was being used in the morning).The Egyptians divided the period when the sun was above the horizon into ten ""hours"".There were two more ""hours"" for the twilighth dawn and dusk periods,and the night was divided in to twelve ""hours"",making the twenty-four-hour day.

The use of this shadow clock required the Egyptians to have an accurate knowledge of the direction of their cardinal points.North,South,east and west were very important to them,as is demonstrated by the sides of their pyramids,which are aligned very accuirately inthese directions. 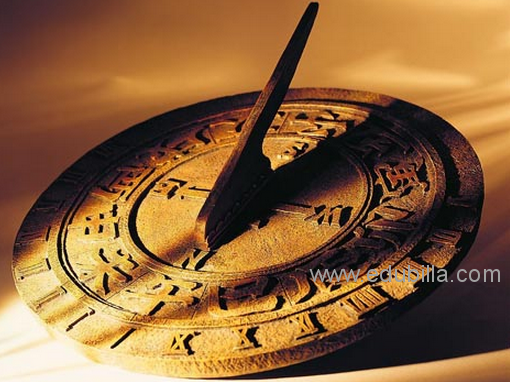 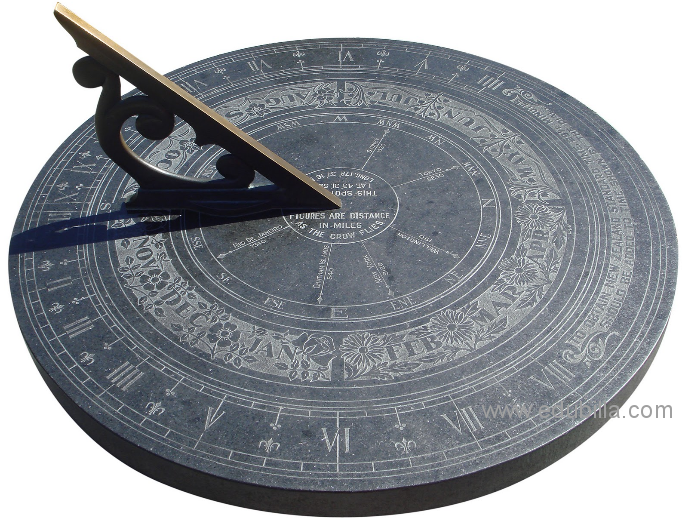