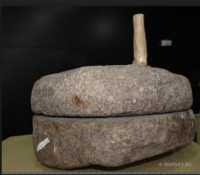 Quern-stones have been used throughout the world to grind materials, the most important of which was usually grain to make flour for bread-making. They were generally replaced by millstones once mechanised forms of milling appeared, particularly the water mill and the windmill, although animals were also used to operate the millstones. However, in many non-Westernised, non-mechanised cultures they are still manufactured and used regularly and have only been replaced in many parts of the world in the last century or so.

In early Maya civilizations the process of nixtamalization was distinctive in that hard, ripe kernels of maize (corn) were boiled in water and lime, thus producing nixtamal which was then made into unleavened dough for flat cakes by grinding with a handstone on a quern (metate).

The best type of stone from which to manufacture quern-stones are igneous rocks such as basalt. These have naturally rough surfaces, but grains do not detach easily, so the material being ground does not become gritty. However, such rocks are not always available, meaning that quern-stones have been manufactured from a wide variety of rocks, including sandstone, quartzite and limestone. Quernmore Crag near Lancaster in England is named after the quarrying of millstone grit used to make quern stones in these parts.

Rutter was able to show, for the southern Levant, that basalt quern-stones were preferred to those manufactured from other rock types. Basalt quern-stones were therefore transported over long-distances, leading him to argue that, despite their every-day, utilitarian function, they were also used as a status symbol. 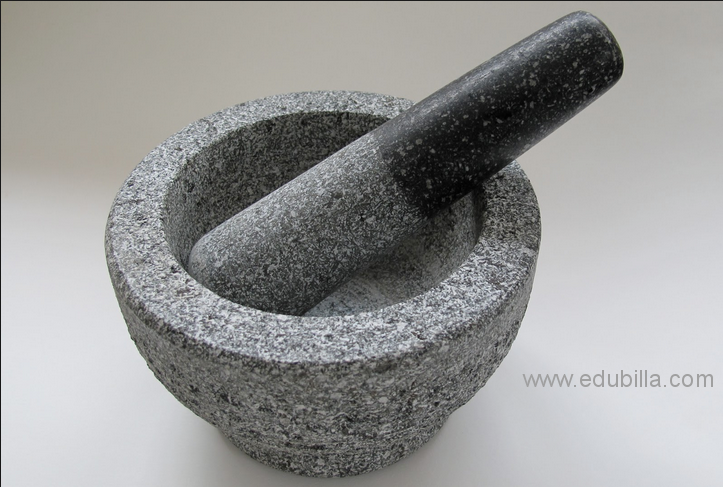 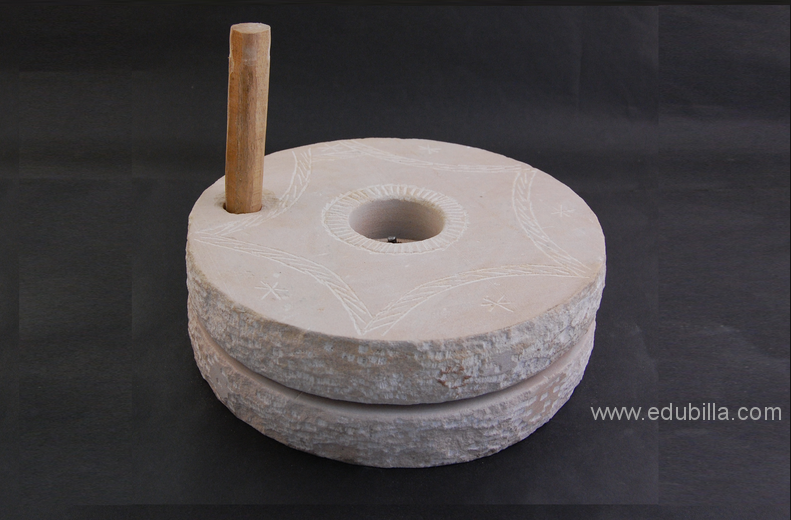