Toothpaste is a paste or gel dentifrice used with a toothbrush as an accessory to clean and maintain the aesthetics and health of teeth.

The Greeks, and then the Romans, improved the recipes for toothpaste by adding abrasives such as crushed bones and oyster shells.In the 9th century, the Persian musician and fashion designer Ziryab invented a type of toothpaste, which he popularized throughout Islamic Spain. The exact ingredients of this toothpaste are unknown,but it was reported to have been both ""functional and pleasant to taste"".It is not known whether these early toothpastes were used alone, were to be rubbed onto the teeth with rags, or were to be used with early toothbrushes, such as neem-tree twigs and miswak. Toothpastes or powders came into general use in the 19th century.

Tooth powders for use with toothbrushes came into general use in the 19th century in Britain. Most were homemade, with chalk, pulverized brick, or salt as ingredients. An 1866 Home Encyclopedia recommended pulverized charcoal, and cautioned that many patented tooth powders that were commercially marketed did more harm than good.

Arm & Hammer marketed a baking soda-based toothpowder in the United States until approximately 2000, and Colgate currently markets toothpowder in India and other countries. 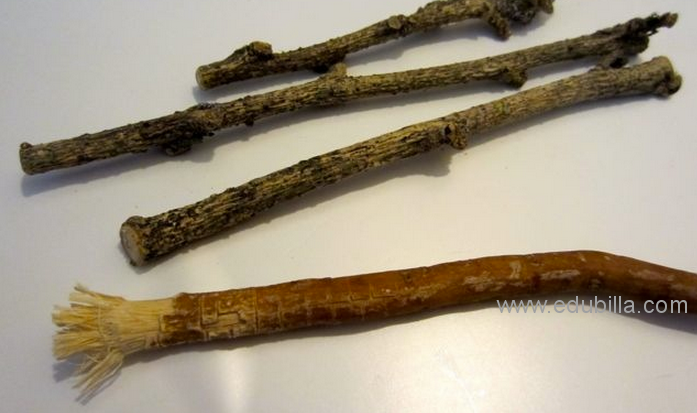