A corduroy road or log road is a type of road made by placing sand-covered logs perpendicular to the direction of the road over a low or swampy area. The result is an improvement over impassable mud or dirt roads, yet rough in the best of conditions and a hazard to horses due to shifting loose logs.

This type of road is known to have been used as early as 4000 BC with examples found in Glastonbury, England. Compare the puncheon or plank road, which uses hewn boards instead of logs, resulting in a smoother and safer surface. It also was constructed in Roman times.

Corduroy roads were used extensively in the American Civil War in Sherman's march through the Carolinas and in World War II by German and Soviet forces on the Eastern Front.

In the Pacific Northwest corduroy roads built of huge logs without the sand covering were the mainstay of local logging practices and were called skid roads. Two of these, respectively on the outskirts of the milltowns of Seattle and Vancouver, which had become concentrations of bars and working man's slum, were the origin of the more widespread meaning of ""skid road"" and its derivative skid row, referring to a poor area. 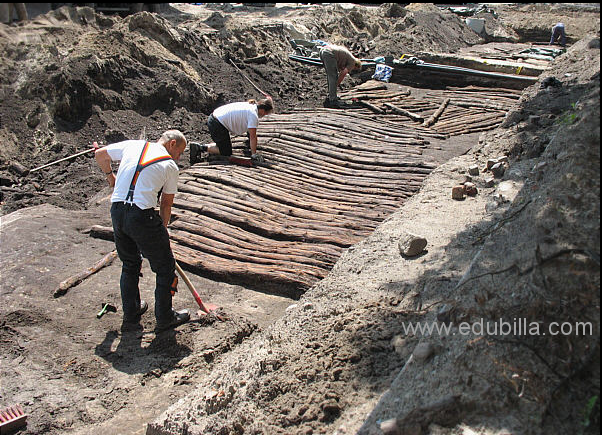