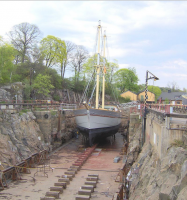 A dry dock (sometimes dry-dock or drydock) is a narrow basin or vessel that can be flooded to allow a load to be floated in, then drained to allow that load to come to rest on a dry platform. Dry docks are used for the construction, maintenance, and repair of ships, boats, and other water craft.

The use of dry docks in China goes at least as far back the 10th century A.D.In 1088, Song Dynasty scientist and statesman Shen Kuo (1031–1095) wrote in his Dream Pool Essays:

At the beginning of the dynasty (c. +965) the two Che provinces (now Chekiang and southern Chiangsu) presented (to the throne) two dragon ships each more than 200 ft. in length. The upper works included several decks with palatial cabins and saloons, containing thrones and couches all ready for imperial tours of inspection. After many years, their hulls decayed and needed repairs, but the work was impossible as long as they were afloat. So in the Hsi-Ning reign period (+1068 to +1077) a palace official Huang Huai-Hsin suggested a plan. A large basin was excavated at the north end of the Chin-ming Lake capable of containing the dragon ships, and in it heavy crosswise beams were laid down upon a foundation of pillars. Then (a breach was made) so that the basin quickly filled with water, after which the ships were towed in above the beams. The (breach now being closed) the water was pumped out by wheels so that the ships rested quite in the air. When the repairs were complete, the water was let in again, so that the ships were afloat once more (and could leave the dock). Finally the beams and pillars were taken away, and the whole basin covered over with a great roof so as to form a hangar in which the ships could be protected from the elements and avoid the damage caused by undue exposure.

The first European and oldest surviving dry dock still in use was commissioned by Henry VII of England at HMNB Portsmouth in 1495.This dry dock currently holds the world's oldest commissioned warship, HMS Victory.

Possibly the earliest description of a floating dock comes from a small Italian book printed in Venice in 1560, called Descrittione dell'artifitiosa machina.In the booklet, an unknown author asks for the privilege of using a new method for the salvaging of a grounded ship and then proceeds to describe and illustrate his approach.The included woodcut shows a ship flanked by two large floating trestles, forming a roof above the vessel. The ship is pulled in an upright position by a number of ropes attached to the superstructure.

The Alfredo da Silva Dry Dock, of the Lisnave Dockyards in Almada, Portugal, was the largest in the world until 2000, when it was closed after the moving of Lisnave operations to Setúbal.

Currently, Harland and Wolff Heavy Industries in Belfast, Northern Ireland, is the site of the largest dry dock in the world. The massive cranes are named after the Biblical figures Samson and Goliath. Goliath stands 96m tall, while Samson is taller at 106m.

Dry Dock 12 at Newport News Shipbuilding is the largest dry dock in the Western Hemisphere.The Saint-Nazaire's Chantiers de l'Atlantique owns one of the biggest in the world: 1,200 by 60 metres (3,940 ft × 200 ft). The largest graving dock of the Mediterranean as of 2009 is at the Hellenic Shipyards S.A. (HSY S.A., Athens, Greece).The by far largest roofed dry dock is at the German Meyer Werft Shipyard in Papenburg, Germany, it is 504m long, 125m wide and stands 75m tall.The largest dry dock in North America named The Vigorous. It is operated Vigor Industries in Portland, OR, in the Swan Island industrial area along the Willamette River. 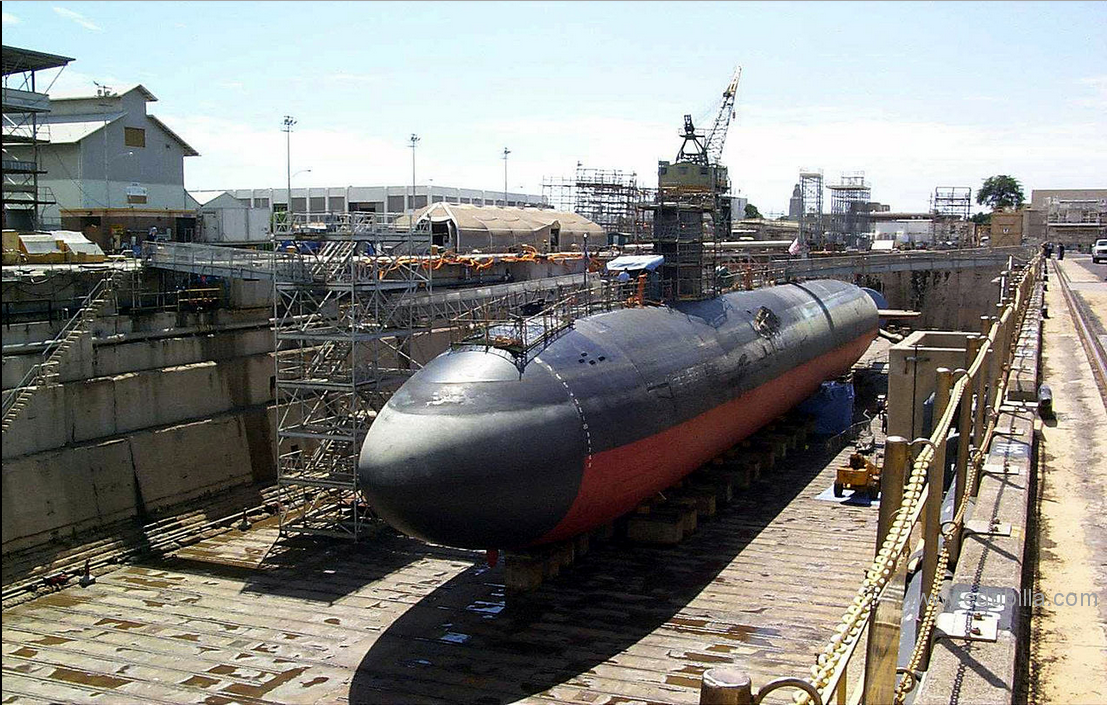 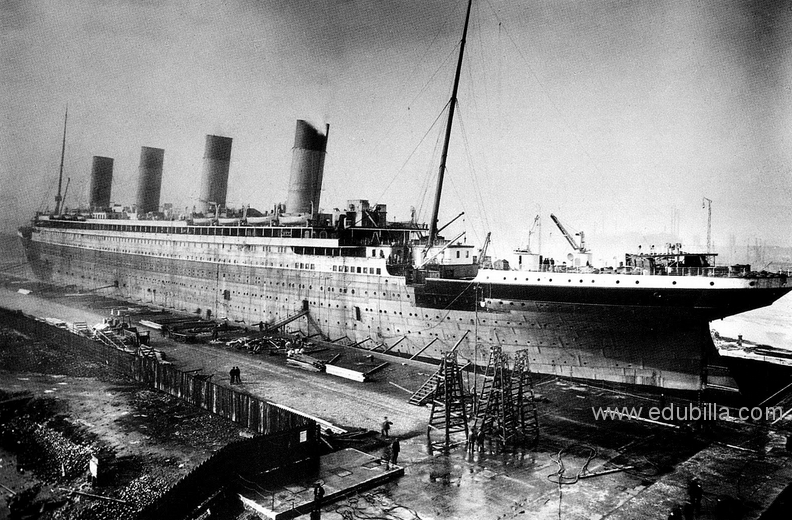