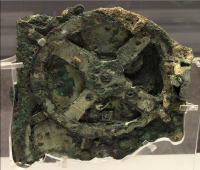 One widely recognized ancient Greek invention is the Antikythera mechanism. This device was found in a ship wreck off the small island of Antikythera, hence the name. No specific inventor is known. The mechanism was a type of calculator that was invented around 2000 years ago, between 150-100 B.C.  It is considered the world's first computer, although it doesn’t resemble today’s computers. It had a complicated arrangement of gears, where there was a series of outer gears which rotated around a fixed central gear. The purpose of the mechanism was to determine the positions of the sun and the moon in relation to the known stars and planets, when a date was entered. The mechanism is one of the only creations that has no other inventions similar to it, until the clockwork gears of the 18th century. This invention shows how technologically advanced the Greeks were.

This machine is sometimes called the first known analog computer,although the quality of its manufacture suggests that it had undiscovered predecessors during the Hellenistic period,the mechanism appears to be constructed upon theories of astronomy and mathematics developed by Greek astronomers and is estimated to have been made around the late second century BC.

In the late 2000s, findings of The Antikythera Mechanism Research Project suggest the concept for the mechanism originated in the colonies of Corinth, since some of the astronomical calculations seem to indicate observations that can be made only in the Corinth area of ancient Greece. Syracuse was a colony of Corinth and the home of Archimedes, which might imply a connection with the school of Archimedes.Another theory states that coins found by Jacques Cousteau in the 1970s at the wreck site and dated to the time of the construction of the device, suggest that its origin may have been from the ancient Greek city of Pergamon.Pergamon was also the site of the famous Library of Pergamum which housed many scrolls of art and science.The Library of Pergamum was second in importance to the Library of Alexandria during the Hellenistic period. 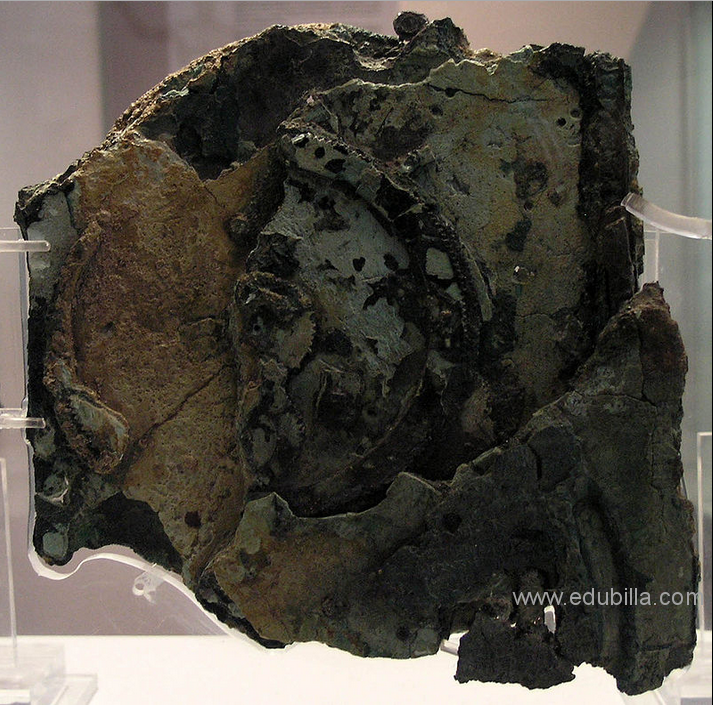 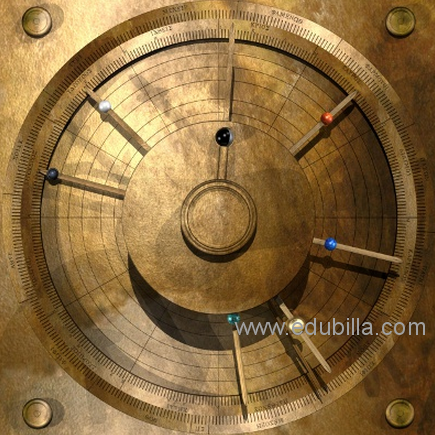