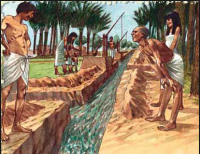 Irrigation is the artificial application of water to the land or soil. It is used to assist in the growing of agricultural crops, maintenance of landscapes, and revegetation of disturbed soils in dry areas and during periods of inadequate rainfall. Additionally, irrigation also has a few other uses in crop production, which include protecting plants against frost, suppressing weed growth in grain fields and preventing soil consolidation. In contrast, agriculture that relies only on direct rainfall is referred to as rain-fed or dryland farming.

Archaeological investigation has identified evidence of irrigation where the natural rainfall was insufficient to support crops.

Perennial irrigation was practised in the Mesopotamian plain by coaxing water through a matrix of small channels formed in the field.

Ancient Egyptians practiced Basin irrigation using the looding of the Nile to inundate land plots which had been surrounded by dykes.

The Ancient Nubians developed a form of irrigation by using a waterwheel-like device called a sakia.

In sub-Saharan Africa irrigation reached the Niger River region cultures and civilizations by the first or second millennium BCE and was based on wet season flooding and water harvesting.

The Qanats, developed in ancient Persiain about 800 BCE, are among the oldest known irrigation methods still in use today.

The irrigation works of ancient Sri Lanka, the earliest dating from about 300 BCE, in the reign of King Pandukabhaya and under continuous development for the next thousand years, were one of the most complex irrigation systems of the ancient world.

In the mid 20th century, the advent of diesel and electric motors led to systems that could pump groundwater out of major aquifers faster than drainage basins could refill them. This can lead to permanent loss of aquifer capacity, decreased water quality, ground subsidence, and other problems. The future of food production in such areas as the North China Plain, the Punjab, and the Great Plains of the US is threatened by this phenomenon.Various types of irrigation techniques are 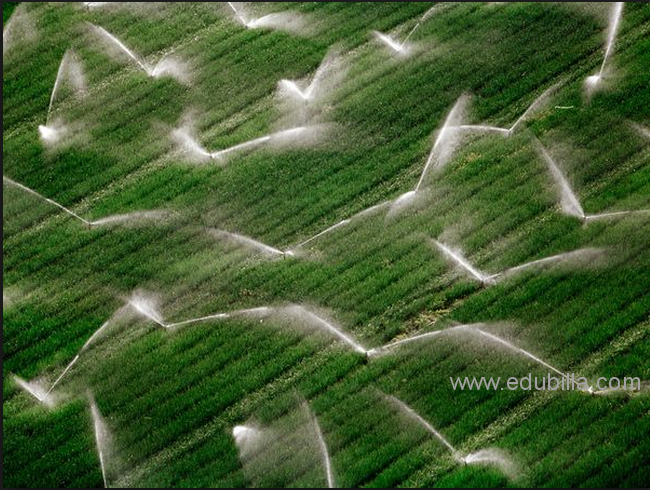 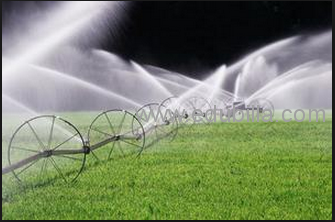