A watermill is a structure that uses a water wheel or turbine to drive a mechanical process such as flour, lumber or textile production, or metal shaping (rolling, grinding or wire drawing). There are two basic types of watermills, one powered by a vertical waterwheel through a gearing mechanism, and the other equipped with a horizontal waterwheel without such a mechanism. The former type can be further divided, depending on where the water hits the wheel paddles, into undershot, overshot, breastshot and pitchback (backshot or reverse shot) waterwheel mills. Other types of water mills include tide mills and ship mills.

The earliest evidence of a water-driven wheel is probably the Perachora wheel (3rd century BC), in Greece.The earliest written reference is in the technical treatises Pneumatica and Parasceuastica of the Greek engineer Philo of Byzantium (c. 280?220 BC).The British historian of technology M.J.T. Lewis has shown that those portions of Philo of Byzantium's mechanical treatise which describe water wheels and which have been previously regarded as later Arabic interpolations, actually date back to the Greek 3rd-century BC original.The sakia gear is, already fully developed, for the first time attested in a 2nd-century BC Hellenistic wall painting in Ptolemaic Egypt.

Lewis assigns the date of the invention of the horizontal-wheeled mill to the Greek colony of Byzantium in the first half of 3rd century BC, and that of the vertical-wheeled mill to Ptolemaic Alexandria around 240 BC.

The Greek geographer Strabon reports in his Geography a water-powered grain-mill to have existed near the palace of king Mithradates VI Eupator at Cabira, Asia Minor, before 71 BC.

The Roman engineer Vitruvius has the first technical description of a watermill, dated to 40/10 BC; the device is fitted with an undershot wheel and power is transmitted via a gearing mechanism.He also seems to indicate the existence of water-powered kneading machines.

The Greek epigrammatist Antipater of Thessalonica tells of an advanced overshot wheel mill around 20 BC/10 AD.

At the time of the compilation of the Domesday Book (1086), there were 5,624 watermills in England alone, only 2% of which have not been located by modern archeological surveys.Later research estimates a less conservative number of 6,082, and it has been pointed out that this should be considered a minimum as the northern reaches of England were never properly recorded.In 1300, this number had risen to between 10,000 and 15,000.By the early 7th century, watermills were well established in Ireland, and began to spread from the former territory of the empire into the non-romanized parts of Germany a century later.Ship mills and tide mill were introduced in the 6th century.

By the early 20th century, availability of cheap electrical energy made the watermill obsolete in developed countries although some smaller rural mills continued to operate commercially into the 1960s. A few historic mills such as the Newlin Mill and Yates Mill in the USA and The Darley Mill Centre in the UK still operate for demonstration purposes. Small-scale commercial production is carried out in the UK at Daniels Mill, Little Salkeld Mill and Redbournbury Mill.

Some old mills are being upgraded with modern Hydropower technology, for example those worked on by the South Somerset Hydropower Group in the UK.

In some developing countries, watermills are still widely used for processing grain. For example, there are thought to be 25,000 operating in Nepal, and 200,000 in India.Many of these are still of the traditional style, but some have been upgraded by replacing wooden parts with better-designed metal ones to improve the efficiency. For example, the Centre for Rural Technology in Nepal upgraded 2,400 mills between 2003 and 2007. 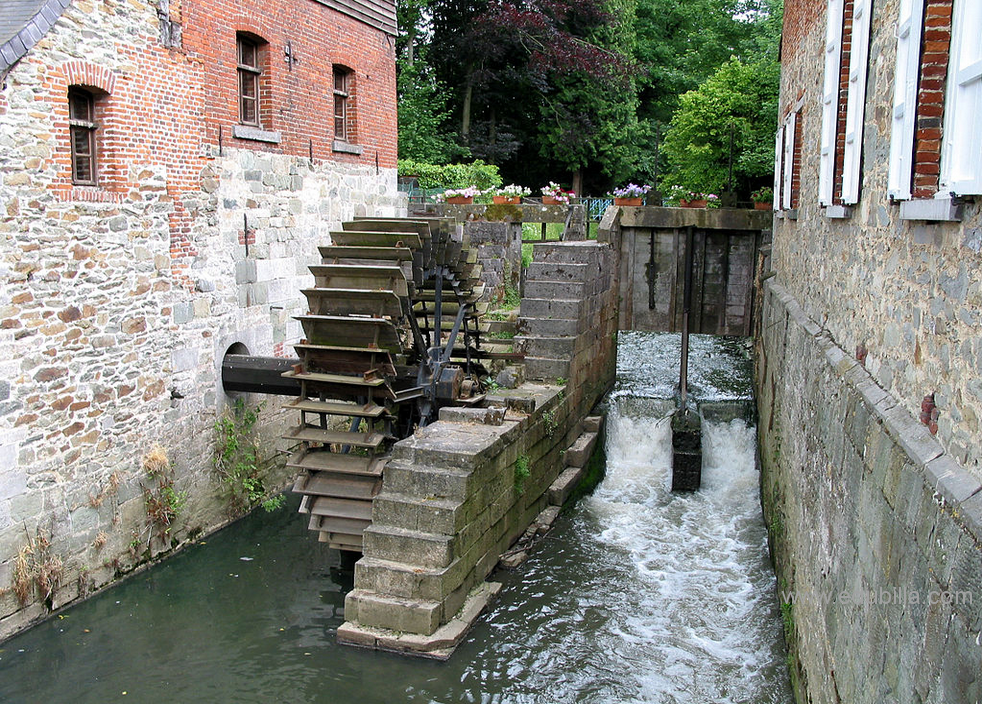 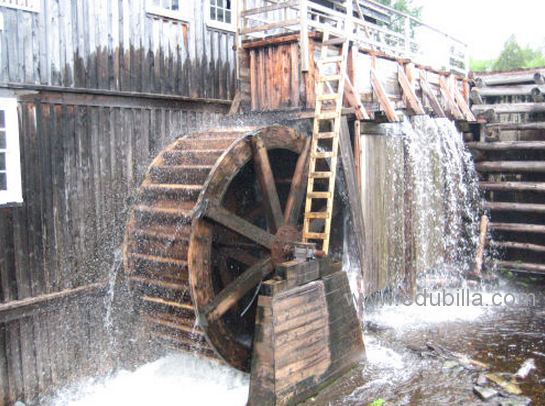