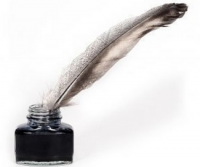 Many ancient cultures around the world have independently discovered and formulated inks for the purposes of writing and drawing. The knowledge of the inks, their recipes and the techniques for their production comes from archaeological analysis or from written text itself.

The history of Chinese inks can be traced back to the 23rd century BC, with the utilization of natural plant (plant dyes), animal, and mineral inks based on such materials as graphite that were ground with water and applied with ink brushes. Evidence for the earliest Chinese inks, similar to modern inksticks, is around 256 BC in the end of the Warring States period and produced from soot and animal glue.The best inks for drawing or painting on paper or silk are produced from the resin of the pine tree. They must be between 50 and 100 years old. The Chinese inkstick is produced with a fish glue, whereas Japanese glue (? ""nikawa"") is from cow or stag.

The India ink used in ancient India since at least the 4th century BC was called masi, and was made of burnt bones, tar, pitch, and other substances.Indian documents written in Kharosthi with ink have been unearthed in Chinese Turkestan.The practice of writing with ink and a sharp pointed needle was common in early South India.Several Buddhist and Jain sutras in India were compiled in ink.

In ancient Rome, atramentum was used. In an article for the Christian Science Monitor, Sharon J. Huntington describes these other historical inks:

About 1,600 years ago, a popular ink recipe was created. The recipe was used for centuries. Iron salts, such as ferrous sulfate (made by treating iron with sulfuric acid), were mixed with tannin from gallnuts (they grow on trees) and a thickener. When first put to paper, this ink is bluish-black. Over time it fades to a dull brown.

Scribes in medieval Europe (about AD 800 to 1500) wrote principally on parchment or vellum. One 12th century ink recipe called for hawthorn branches to be cut in the spring and left to dry. Then the bark was pounded from the branches and soaked in water for eight days. The water was boiled until it thickened and turned black. Wine was added during boiling. The ink was poured into special bags and hung in the sun. Once dried, the mixture was mixed with wine and iron salt over a fire to make the final ink.

The reservoir pen, which may have been the first fountain pen, dates back to 953, when Ma'?d al-Mu'izz, the caliph of Egypt, demanded a pen that would not stain his hands or clothes, and was provided with a pen that held ink in a reservoir.

In the 15th century, a new type of ink had to be developed in Europe for the printing press by Johannes Gutenberg. Two types of ink were prevalent at the time, the Greek and Roman writing ink (soot, glue, and water) and the 12th century variety composed of ferrous sulfate, gall, gum, and water.Neither of these handwriting inks could adhere to printing surfaces without creating blurs. Eventually an oily, varnish-like ink made of soot, turpentine, and walnut oil was created specifically for the printing press.

In 2011 worldwide consumption of printing inks generated revenues of more than 20 billion US-dollars. Demand by traditional print media is shrinking, on the other hand more and more printing inks are consumed for packagings. 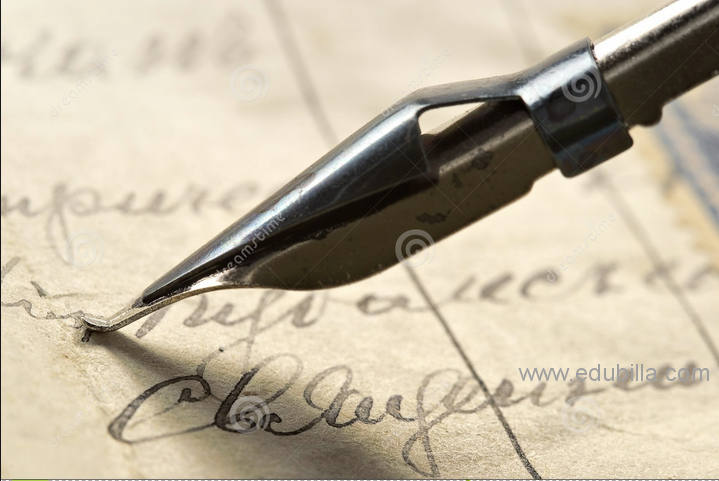 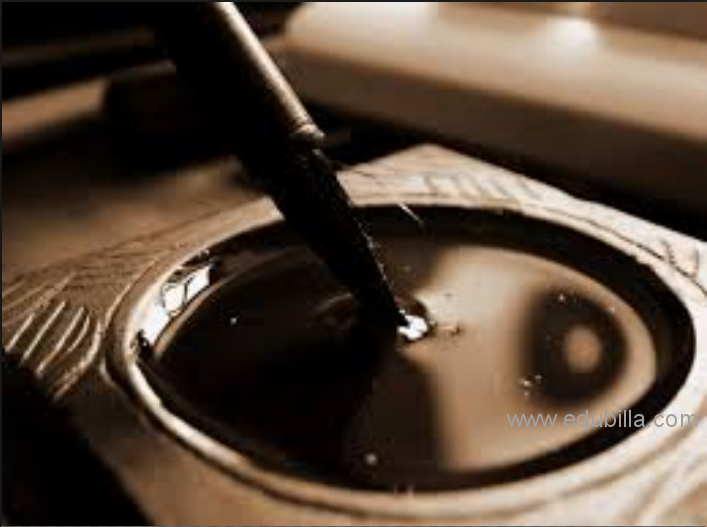