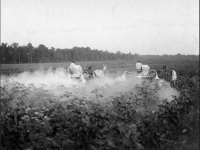 Since before 2000 BC, humans have utilized pesticides to protect their crops. The first known pesticide was elemental sulfur dusting used in ancient Sumer about 4,500 years ago in ancient Mesopotamia. The Rig Veda, which is about 4,000 years old, mentions the use of poisonous plants for pest control.By the 15th century, toxic chemicals such as arsenic, mercury, and lead were being applied to crops to kill pests. In the 17th century, nicotine sulfate was extracted from tobacco leaves for use as an insecticide. The 19th century saw the introduction of two more natural pesticides, pyrethrum, which is derived from chrysanthemums, and rotenone, which is derived from the roots of tropical vegetables. Until the 1950s, arsenic-based pesticides were dominant. Paul Müller discovered that DDT was a very effective insecticide. Organochlorines such as DDT were dominant, but they were replaced in the U.S. by organophosphates and carbamates by 1975. Since then, pyrethrin compounds have become the dominant insecticide.[81] Herbicides became common in the 1960s, led by ""triazine and other nitrogen-based compounds, carboxylic acids such as 2,4-dichlorophenoxyacetic acid, and glyphosate"".

The first legislation providing federal authority for regulating pesticides was enacted in 1910,however, decades later during the 1940s manufacturers began to produce large amounts of synthetic pesticides and their use became widespread.Some sources consider the 1940s and 1950s to have been the start of the ""pesticide era.""Although the U.S. Environmental Protection Agency was established in 1970 and amendments to the pesticide law in 1972, pesticide use has increased 50-fold since 1950 and 2.3 million tonnes (2.5 million short tons) of industrial pesticides are now used each year.Seventy-five percent of all pesticides in the world are used in developed countries, but use in developing countries is increasing.A study of USA pesticide use trends through 1997 was published in 2003 by the National Science Foundation's Center for Integrated Pest Management.

In the 1960s, it was discovered that DDT was preventing many fish-eating birds from reproducing, which was a serious threat to biodiversity. Rachel Carson wrote the best-selling book Silent Spring about biological magnification. The agricultural use of DDT is now banned under the Stockholm Convention on Persistent Organic Pollutants, but it is still used in some developing nations to prevent malaria and other tropical diseases by spraying on interior walls to kill or repel mosquitoes. 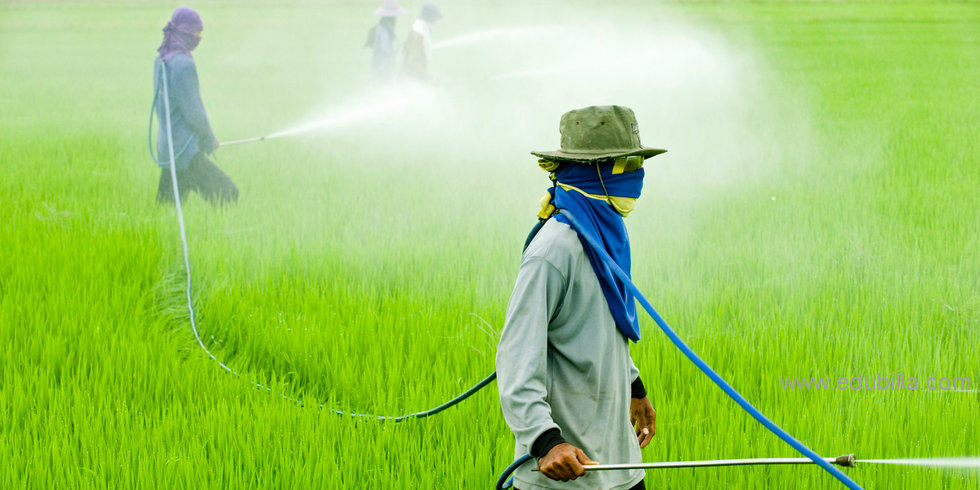 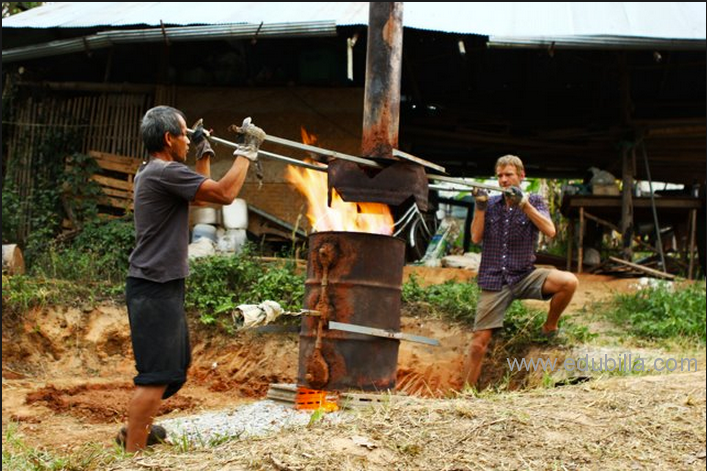