An astrolabe is an elaborate inclinometer, historically used by astronomers, navigators, and astrologers. Its many uses include locating and predicting the positions of the Sun, Moon, planets, and stars, determining local time given local latitude and vice-versa, surveying, triangulation, and to cast horoscopes. It was used in classical antiquity, the Islamic Golden Age, the European Middle Ages and Renaissance for all these purposes. In the Islamic world, it was also used to calculate the Qibla and to find the times for Salat, prayers.

An early astrolabe was invented in the Hellenistic world in 150 BC and is often attributed to Hipparchus. A marriage of the planisphere and dioptra, the astrolabe was effectively an analog calculator capable of working out several different kinds of problems in spherical astronomy. Theon of Alexandria wrote a detailed treatise on the astrolabe, and Lewis (2001) argues that Ptolemy used an astrolabe to make the astronomical observations recorded in the Tetrabiblos.

Astrolabes were further developed in the medieval Islamic world, where Muslim astronomers introduced angular scales to the astrolabe,adding circles indicating azimuths on the horizon.It was widely used throughout the Muslim world, chiefly as an aid to navigation and as a way of finding the Qibla, the direction of Mecca. The first person credited with building the astrolabe in the Islamic world is reportedly the 8th-century mathematician Muhammad al-Fazari.The mathematical background was established by the Muslim astronomer Albatenius in his treatise Kitab az-Zij (ca. 920 AD), which was translated into Latin by Plato Tiburtinus (De Motu Stellarum). The earliest surviving dated astrolabe is dated AH 315 (927/8 AD). In the Islamic world, astrolabes were used to find the times of sunrise and the rising of fixed stars, to help schedule morning prayers (salat). In the 10th century, al-Sufi first described over 1,000 different uses of an astrolabe, in areas as diverse as astronomy, astrology, horoscopes, navigation, surveying, timekeeping, prayer, Salat, Qibla, etc. 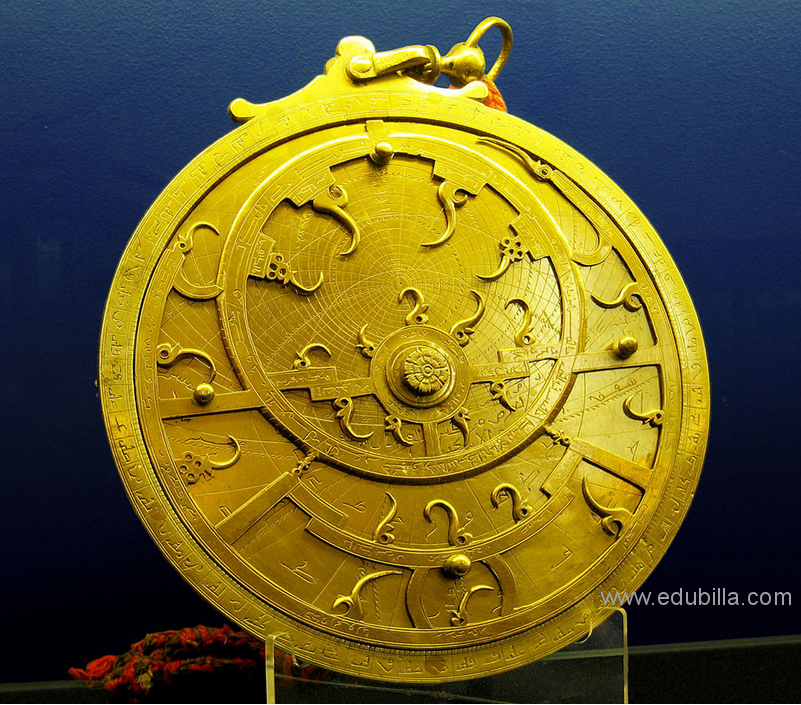 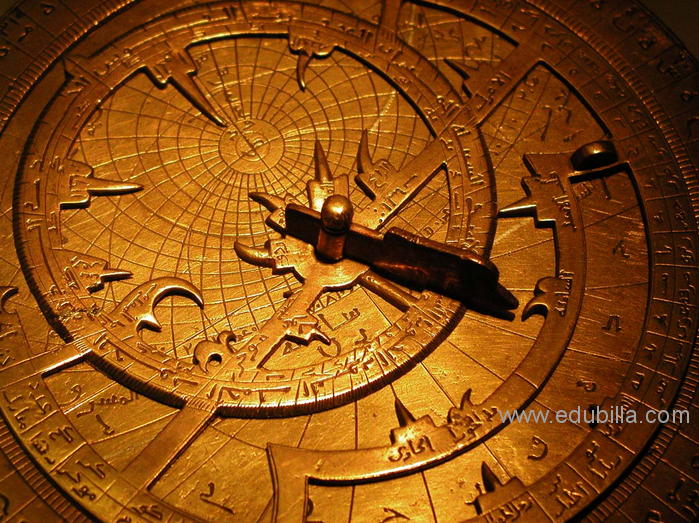