In woodworking and construction, a nail is a pin-shaped object of metal (or wood, called a treenail or ""trunnel"") which is used as a fastener, as a peg to hang something, or sometimes as a decoration.Generally nails have a sharp point on one end and a flattened head on the other, but headless nails are available. Nails are made in a great variety of forms for specialized purposes. The most common is a wire nail. Other types of nails include pins, tacks, brads, and spikes.

To make a wrought-iron nail, iron ore was heated with carbon (to create wrought iron) and shaped into square rods. To make a nail, a blacksmith would heat the rod in a forge and taper the end of the bar while keeping the cross section square. Next, the smith would cut off the taper, and insert it into a nail heading tool with a square hole. The top of the taper would be hammered downward (upset) to create a head.

Nails date back at least to Ancient Egypt — bronze nails found in Egypt have been dated 3400 BC.The Bible provides a number of references to nails, including the story in Judges of Jael the wife of Heber, who drives a nail (or tent-peg) into the temple of a sleeping Canaanite commander,the provision of iron for nails by King David for what would become Solomon's Temple,and in connection with the crucifixion of Christ.

The Romans made extensive use of nails - the Roman army,for example, left behind seven tons of nails when it evacuated the fortress of Inchtuthil in Perthshire in the United Kingdom in 86 or 87 CE.

The term ""penny"", as it refers to nails, probably originated in medieval England to describe the price of 100 nails. Nails themselves were sufficiently valuable and standardized to be used as an informal medium of exchange.

Until around 1800 artisans known as nailers or nailors made nails by hand - note the surname Naylor.(Workmen called slitters cut up iron bars to a suitable size for nailers to work on. From the late 16th century, manual slitters disappeared with the rise of the slitting mill, which cut bars of iron into rods with an even cross-section, saving much manual effort.)

From the very beginning, nails were handmade; the nail-making process was slow; and nails were relatively few and expensive. This naturally produced a desire to create machines to speed up and automate the nail-making process. The slitting mill, introduced to England in 1590, had simplified the production of nail rods, but the real first efforts to mechanise the nail-making process itself occurred between 1790 and 1820, initially in the United States and England, when various machines were invented to automate and speed up the process of making nails from bars of wrought iron. These nails were known as cut nails or square nails because of their roughly rectangular cross section. Cut nails were one of the important factors in the increase in balloon framing beginning in the 1830s and thus the decline of timber framing with wooden joints.Though still used for historical renovations, and for heavy-duty applications, such as attaching boards to masonry walls, cut nails are much less common today than wire nails.

The cut-nail process was patented in America by Jacob Perkins in 1795 and in England by Joseph Dyer, who set up machinery in Birmingham, cutting nails from sheets of iron, making sure that the fibres of the iron ran down the nails. The Birmingham industry expanded in the following decades, but reached its greatest extent in the 1860s, after which it declined due to competition from wire nails, but the Birmingham industry survived until the outbreak of World War I.

Wire nails were also known as ""French nails"" for their country of origin.Belgian wire nails were beginning to compete in England in 1863. Joseph Henry Nettlefold was making wire nails at Smethwick by 1875.Over the following decades, the nail-making process was almost completely automated. Eventually the industry had machines capable of quickly producing huge numbers of inexpensive nails with little or no human intervention.

With the introduction of cheap wire nails, the use of wrought iron for nail making quickly declined, as more slowly did the production of cut nails. In the United States, in 1892 more steel-wire nails were produced than cut nails. In 1913, 90% of manufactured nails were wire nails. Nails went from being rare and precious to being a cheap mass-produced commodity. 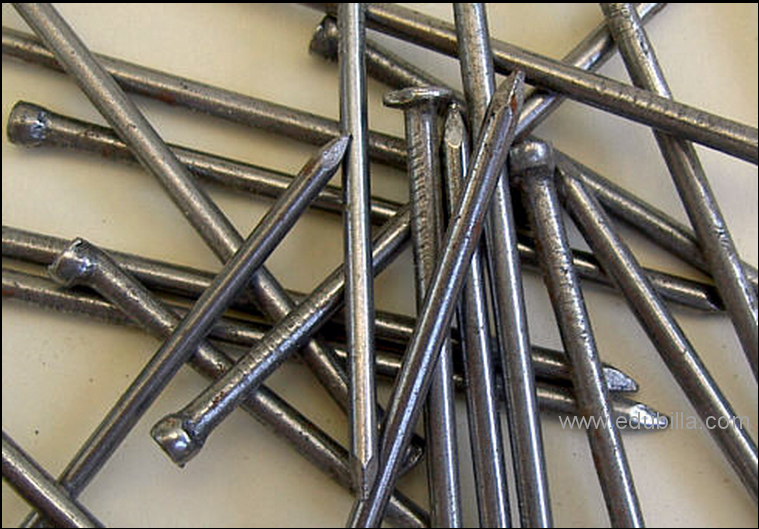 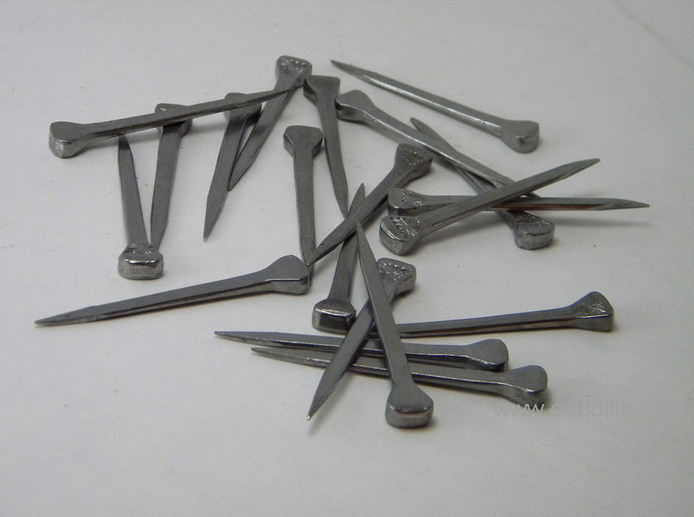