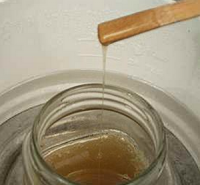 The earliest use of adhesives was discovered in Italy. At this site, two stone flakes partially covered with birch-bark-tar and a third uncovered stone from the Middle Pleistocene era (circa 200,000 years ago) were found. This is thought to be the oldest discovered human use of tar hafted stones.

The birch-bark-tar adhesive is a simple, one component adhesive. Although sticky enough, plant based adhesives are brittle and vulnerable to environmental conditions. The first use of compound adhesives was discovered in Sibudu, South Africa. Here, 70,000 year old stone segments that were once inserted in hafts, covered with an adhesive composed of a combination of plant gum and red ochre (natural iron oxide), were found. Adding ochre to plant gum produces a stronger product and protects the gum from disintegrating under wet conditions.[6] The ability to produce stronger adhesives allowed middle stone age humans to attach stone segments to sticks in greater variations and led to the development of new tools.

More recent examples of adhesive use by prehistoric humans have been found at the burial sites of ancient tribes. Archaeologists studying the sites found that approximately 6,000 years ago, the tribesmen had buried their dead with food found in broken clay pots repaired with tree resins. Another investigation by archaeologists uncovered the use of bituminous cements in the fastening of ivory eyeballs to statues in Babylonian temples dating all the way back to approximately 4,000 BC

From 1-500 AD the Greeks and Romans made great contributions to the development of adhesives. Veneering and marquetry (bonding of thin sections or layers of wood) was developed, the production of animal and fish glues refined, and other materials utilized. Egg based pastes were used to bond gold leaves and various natural ingredients such as blood, bone, hide, milk, cheese, vegetables, and grains were incorporated into glues.The Greeks began the use of slaked lime as mortar and the Romans furthered mortar development by mixing lime with volcanic ash and sand. This material, known as pozzolanic cement, was used in the construction of the Roman Colosseum and Pantheon.The Romans were also the first people known to have used tar and beeswax as caulk and sealant between the wooden planks of their boats and ships. 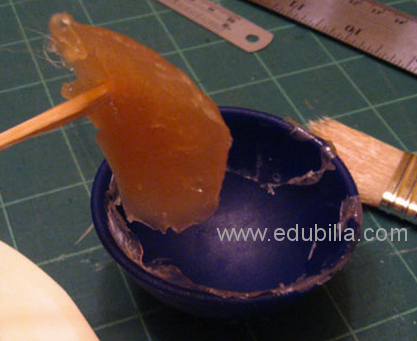 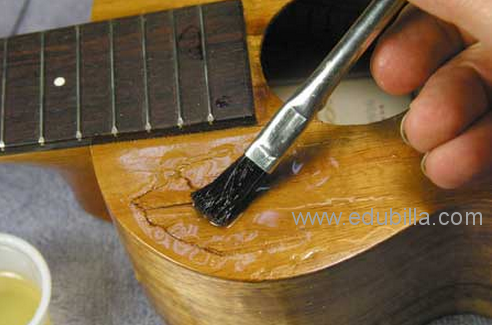