Ice skating is moving on ice by using ice skates. It can be done for a variety of reasons, including exercise, leisure, traveling, and various sports. Ice skating occurs both on specially prepared indoor and outdoor tracks, as well as on naturally occurring bodies of frozen water, such as lakes and rivers.

The oldest pair of skates known date back to about 3000 B.C., found at the bottom of a lake in Switzerland. The skates were made from the leg bones of large animals, holes were bored at each end of the bone and leather straps were used to tie the skates on. An old Dutch word for skate is ""schenkel"" which means ""leg bone"".

Around the 14th Century, the Dutch started using wooden platform skates with flat iron bottom runners. The skates were attached to the skater's shoes with leather straps. Poles were used to propel the skater. Around 1500, the Dutch added a narrow metal double edged blade, making the poles a thing of the past, as the skater could now push and glide with his feet (called the ""Dutch Roll"").

In an inadvertent homage to the skate's origins on their country's lakes,students in the Finnish city of Jyvaskyla still commute to their classes by donning skates to traverse the lake that divides the city.The evolution of the skate has seen metal attached to wood and metal attached to metal ,but the fundamental fact that keeping your balance enables you to glide almost effortlessly across slippery ice has ensured the skate's continued popularity. 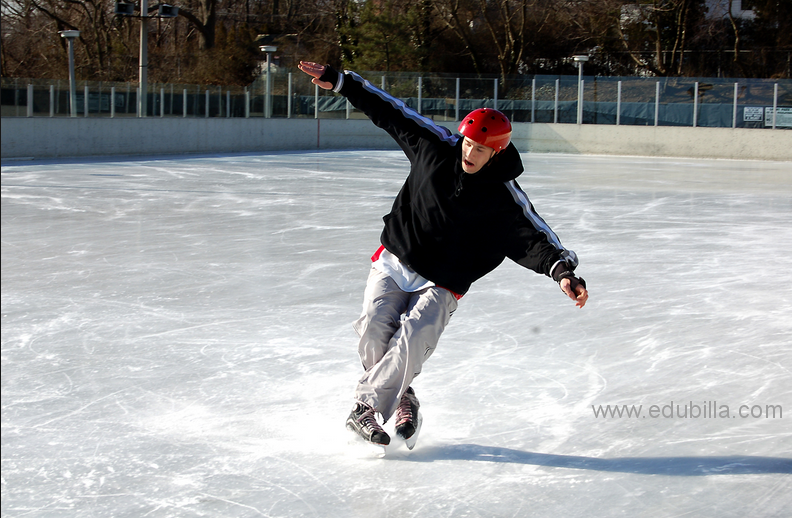 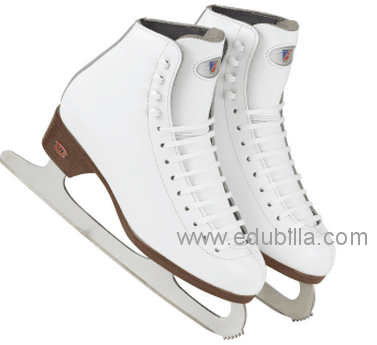