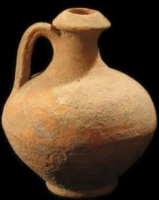 A great part of the history of pottery is prehistoric, part of past pre-literate cultures. Therefore, much of this history can only be found among the artifacts of archaeology. Because pottery is so durable, pottery and sherds from pottery survive from millennia at archaeological sites.

Before pottery becomes part of a culture, several conditions must generally be met.

Second, it must be possible to heat the pottery to temperatures that will achieve the transformation from raw clay to ceramic. Methods to reliably create fires hot enough to fire pottery did not develop until late in the development of cultures.

Third, the potter must have time available to prepare, shape and fire the clay into pottery. Even after control of fire was achieved, humans did not seem to develop pottery until a sedentary life was achieved. It has been hypothesized that pottery was developed only after humans established agriculture, which led to permanent settlements. However, the oldest known pottery is from China and dates to 20,000 BC, at the height of the ice age, long before the beginnings of agriculture.

Fourth, there must be a sufficient need for pottery in order to justify the resources required for its production.

The earliest forms of pottery were made from clays that were fired at low temperatures in pit-fires or in open bonfires. They were hand formed and undecorated. Because the biscuit form of earthenware is porous, it has limited utility for storage of liquids. However, earthenware has a continuous history from the Neolithic period to today. It can be made from a wide variety of clays. The development of ceramic glaze which makes it impermeable makes it a popular and practical form of pottery making. The addition of decoration has evolved throughout its history.

Glazed Stoneware was being created as early as the 15th century BC in China. This achievement coincided with kilns that could be fired at higher temperatures.

Porcelain was first made in China during the Tang Dynasty (AD 618-906). Porcelain was also made in Korea and Japan around the 16th and 17th century AD after suitable kaolin was located in those countries. It was not created outside of the area until the 18th century. 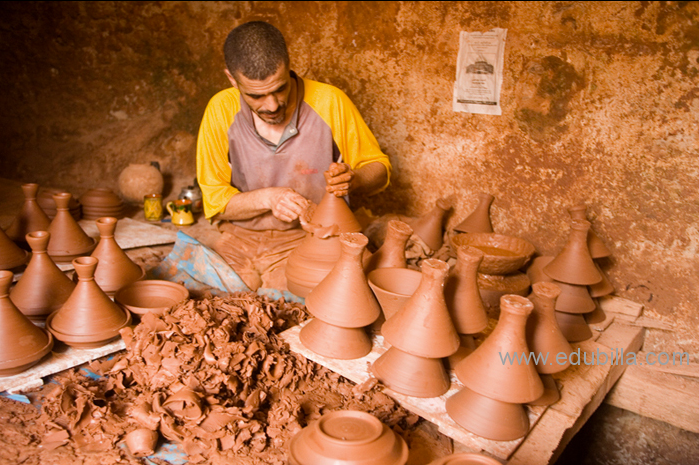 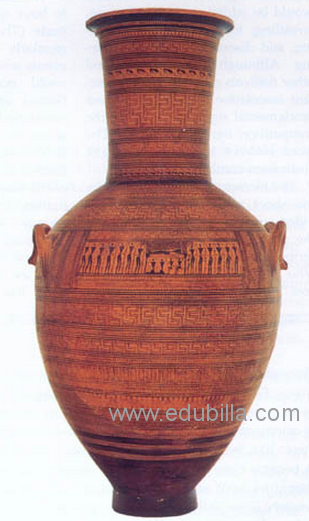