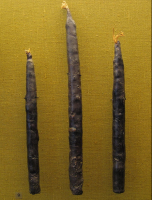 The earliest surviving candles originated in China around 200 BC, and were made from whale fat. European candles of antiquity were of the made from various forms of natural fat, tallow, and wax. In Ancient Rome, candles were made of tallow due to the prohibitive cost of beeswax. It is possible that they also existed in Ancient Greece, but imprecise terminology makes it difficult to determine.

In the 18th century, spermaceti, oil produced by the sperm whale, was used to produce a superior candle.Late in the 18th century, colza oil and rapeseed oil came into use as much cheaper substitutes. Beeswax, compared to animal-based tallow, burned cleanly, without smoky flame. Rather than the foul and terrible odor of tallow, it emit a fresh smell. Beeswax candles were expensive, but widely used for church ceremonies. Other than the wealthy, few people could afford to burn them in their homes.

Until of late years, candles were solely manufactured from bees' wax, spermaceti, or tallow. The application of scientific chemical research...all the best candles are now made from the pure solid and crystallizable margaric and stearic acids. These are freed from the fluid oleic acid, and from glycerine, which exist in combination with them in ordinary tallow, as well as from other analogous substances, as from paraffin (a carbo-hygroneous substance resembling spermaceti, prepared from tar and peat), the stearic and margaric acid in the cocoa-nut oil and the palm oil, besides the old substance spermaceti, and wax both vegetable and animal.

Paraffin was first distilled in 1830, and revolutionized candle-making, as it was an inexpensive material which produced a high-quality, odorless candle that burned reasonably cleanly. The industry was devastated soon after, however, by the distillation of kerosene (confusingly also called paraffin oil or just paraffin). Recently resin based candles that are freestanding and transparent have been developed, with the claim that they burn longer than traditional paraffin candles. They are usually scented and oil based.

In the Middle Ages in Europe, tallow candles were the most common candle. By the 13th century, candle making had become a guild craft in England and France. The candle makers (chandlers) went from house to house making candles from the kitchen fats saved for that purpose, or made and sold their own candles from small candle shops. 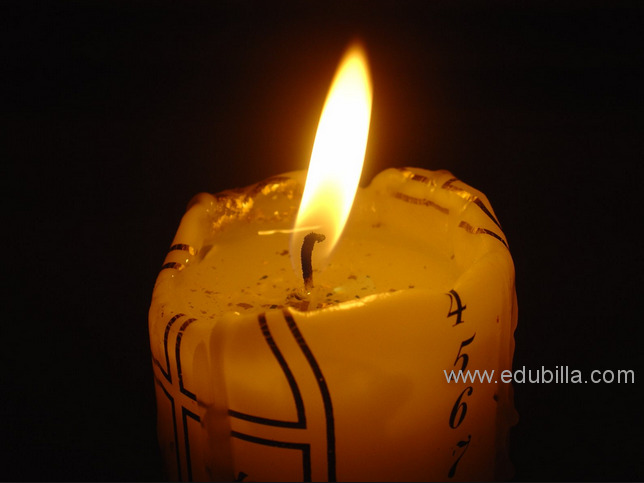 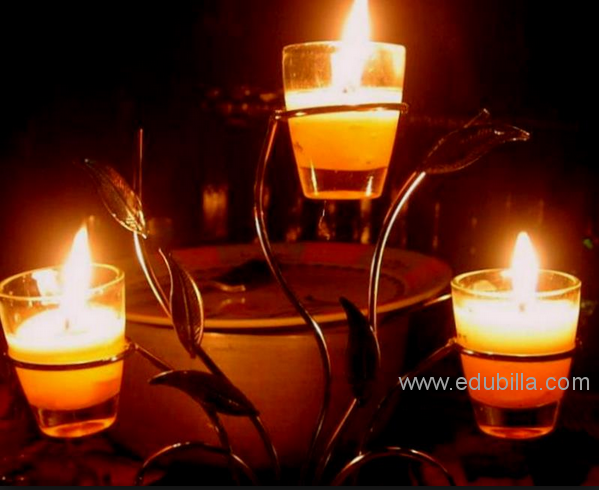