Canals and navigations are human-made channels for water. In the vernacular both are referred to as 'canals'. The main difference between them is that a navigation parallels a river and shares its drainage basin, while a canal cuts across a drainage divide.

The oldest known canals were irrigation canals, built in Mesopotamia circa 4000 BC, in what is now Iraq and Syria. The Indus Valley Civilization, Ancient India, (circa 2600 BC) had sophisticated irrigation and storage systems developed, including the reservoirs built at Girnar in 3000 BC. In Egypt, canals date back at least to the time of Pepi I Meryre (reigned 2332–2283 BC), who ordered a canal built to bypass the cataract on the Nile near Aswan.

In ancient China, large canals for river transport were established as far back as the Warring States (481–221 BC), the longest one of that period being the Hong Gou (Canal of the Wild Geese), which according to the ancient historian Sima Qian connected the old states of Song, Zhang, Chen, Cai, Cao, and Wei. By far the longest canal was the Grand Canal of China, still the longest canal in the world today, and the oldest extant one. It is 1,794 kilometres (1,115 mi) long and was built to carry the Emperor Yang Guang between Beijing and Hangzhou. The project began in 605 and was completed in 609, although much of the work combined older canals, the oldest section of the canal existing since at least 486 BC. Even in its narrowest urban sections it is rarely less than 30 metres (98 ft) wide.

In the Middle Ages, water transport was several times cheaper and faster than transport overland. Overland transport by animal drawn conveyances was used around settled areas, but unimproved roads required pack animal trains, usually of mules to carry any degree of mass, and while a mule could carry an eighth ton,it also needed teamsters to tend it and one man could only tend perhaps five mules,meaning overland bulk transport was also expensive, as men expect compensation in the form of wages, room and board.

The first canal to use pound locks was the Briare Canal connecting the Loire and Seine (1642), followed by the more ambitious Canal du Midi (1683) connecting the Atlantic to the Mediterranean. This included a staircase of 8 locks at Béziers, a 157 metres (515 ft) tunnel and three major aqueducts.

Canal building progressed steadily in Germany in the 17th and 18th centuries with three great rivers, the Elbe, Oder and Weser being linked by canals. In post-Roman Britain, the first early modern period canal built appears to have been the Exeter Canal, which was surveyed in 1563, and open in 1566.

The Seine-Nord Europe Canal is being developed into a major transportation waterway, linking France with Belgium, Germany, and the Netherlands.

Canals have found another use in the 21st century, as easements for the installation of fibre optic telecommunications network cabling, avoiding having them buried in roadways while facilitating access and reducing the hazard of being damaged from digging equipment.

Canals are still used to provide water for agriculture. An extensive canal system exists within the Imperial Valley in the Southern California desert to provide irrigation to agriculture within the area. 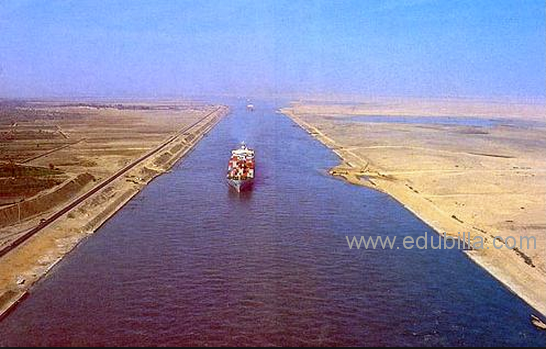 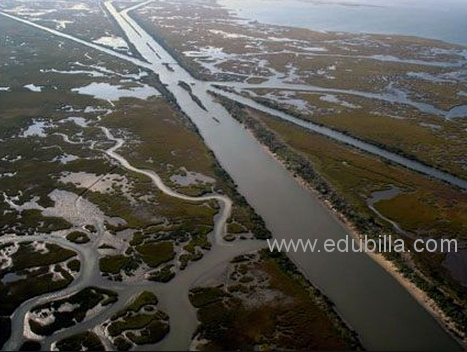