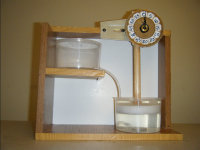 Water clocks were among the earliest timekeepers that did not depend on the observation of celestial bodies. One of the oldest was found in the tomb of Amenhotep I, buried around 1500 B.C. Later named clepsydras (""water thief"") by the Greeks, who began using them about 325 B.C., these were stone vessels with sloping sides that allowed water to drip at a nearly constant rate from a small hole near the bottom. Other clepsydras were cylindrical or bowl-shaped containers designed to slowly fill with water coming in at a constant rate. Markings on the inside surfaces measured the passage of ""hours"" as the water level reached them. These clocks were used to determine hours at night, but may have been used in daylight as well. Another version consisted of a metal bowl with a hole in the bottom; when placed in a container of water the bowl would fill and sink in a certain time. These were still in use in North Africa this century.

More elaborate and impressive mechanized water clocks were developed between 100 B.C. and 500 A.D. by Greek and Roman horologists and astronomers. The added complexity was aimed at making the flow more constant by regulating the pressure, and at providing fancier displays of the passage of time. Some water clocks rang bells and gongs; others opened doors and windows to show little figures of people, or moved pointers, dials, and astrological models of the universe.

A Greek astronomer, Andronikos, supervised the construction of the Tower of the Winds in Athens in the 1st century B.C. This octagonal structure showed scholars and marketplace shoppers both sundials and mechanical hour indicators. It featured a 24-hour mechanized clepsydra and indicators for the eight winds from which the tower got its name, and it displayed the seasons of the year and astrological dates and periods. The Romans also developed mechanized clepsydras, though their complexity accomplished little improvement over simpler methods for determining the passage of time.

In the Far East, mechanized astronomical/astrological clock making developed from 200 to 1300 A.D. Third-century Chinese clepsydras drove various mechanisms that illustrated astronomical phenomena. One of the most elaborate clock towers was built by Su Sung and his associates in 1088 A.D. Su Sung's mechanism incorporated a water-driven escapement invented about 725 A.D. The Su Sung clock tower, over 30 feet tall, possessed a bronze power-driven armillary sphere for observations, an automatically rotating celestial globe, and five front panels with doors that permitted the viewing of changing manikins which rang bells or gongs, and held tablets indicating the hour or other special times of the day.

Since the rate of flow of water is very difficult to control accurately, a clock based on that flow could never achieve excellent accuracy. People were naturally led to other approaches. 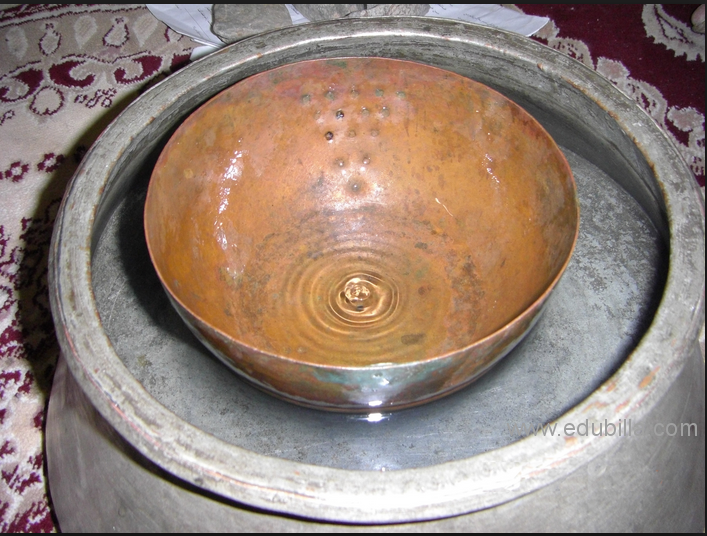 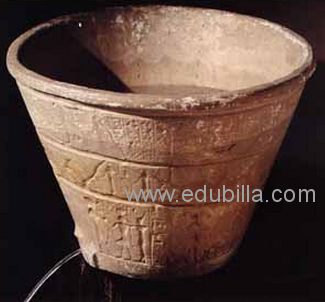