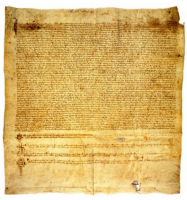 Parchment is a material made from animal skin,often calfskin, sheepskin, or goatskin. Its most common use was as a material for writing on, for documents, notes, or the pages of a book, codex or manuscript. Parchment is limed, scraped and dried under tension. It is not tanned; therefore, it is very reactive to changes in relative humidity and will revert to rawhide if overly wet. Increasingly, it is called animal membrane by libraries and museums, to avoid distinguishing between ""parchment"" and the more restricted term vellum.

Parchment was developed in Pergamon, alternately Pergamo from which name it is believed the word ""parchment"" evolved,under the patronage of either Eumenes I, who ruled 263–241 BCE; or Eumenes II, who ruled 197–158, as a substitute for papyrus, which was temporarily not being exported from Alexandria, its only source.

Herodotus mentions writing on skins as common in his time, the 5th century BC; and in his Histories (v.58) he states that the Ionians of Asia Minor had been accustomed to give the name of skins (diphtherai) to books; this word was adapted by Hellenized Jews to describe scrolls.Parchment, however, derives its name from Pergamon, the city where it was perfected (via the Latin pergamenum and the French parchemin). In the 2nd century BC a great library was set up in Pergamon that rivaled the famous Library of Alexandria. As prices rose for papyrus and the reed used for making it was over-harvested towards local extinction in the two nomes of the Nile delta that produced it, Pergamon adapted by increasing use of parchment.

Writing on prepared animal skins had a long history, however. David Diringer noted that ""the first mention of Egyptian documents written on leather goes back to the Fourth Dynasty (c. 2550-2450 BC), but the earliest of such documents extant are: a fragmentary roll of leather of the Sixth Dynasty (c. 24th century BC, unrolled by Dr. H. Ibscher, and preserved in the Cairo Museum; a roll of the Twelfth Dynasty (c. 1990-1777 BC) now in Berlin; the mathematical text now in the British Museum (MS. 10250); and a document of the reign of Ramses II (early thirtheenth century BC).""Though the Assyrians and the Babylonians impressed their cuneiform on clay tablets, they also wrote on parchment from the 6th century BC onward. Rabbinic literature traditionally maintains that the institution of employing parchment made of animal hides for the writing of ritual objects such as the Torah, mezuzah, and tefillin is Sinaitic in origin, with special designations for different types of parchment such as gevil and klaf.Early Islamic texts are also found on parchment.

In the later Middle Ages, especially the 15th century, parchment was largely replaced by paper for most uses except luxury manuscripts, some of which were also on paper. New techniques in paper milling allowed it to be much cheaper than parchment; it was still made of textile rags and of very high quality. With the advent of printing in the later fifteenth century, the demands of printers far exceeded the supply of animal skins for parchment. 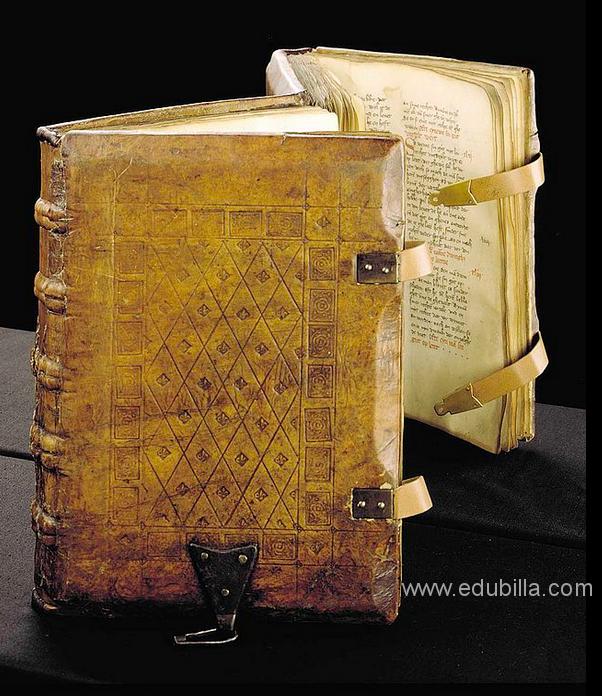 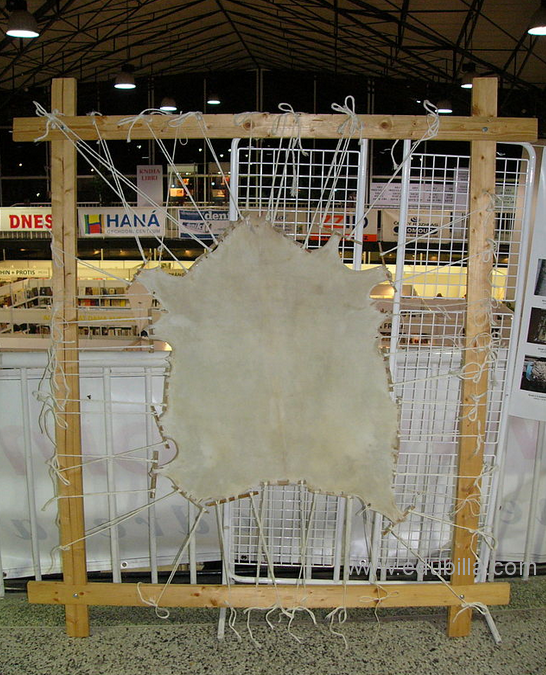