The stirrup, which gives greater stability to a rider, has been described as one of the most significant inventions in the history of warfare, prior to gunpowder. As a tool allowing expanded use of horses in warfare, the stirrup is often called the third revolutionary step in equipment, after the chariot and the saddle. The basic tactics of mounted warfare were significantly altered by the stirrup. A rider supported by stirrups was less likely to fall off while fighting, and could deliver a blow with a weapon that more fully employed the weight and momentum of horse and rider. Among other advantages, stirrups provided greater balance and support to the rider, which allowed the knight to use a sword more efficiently without falling, especially against infantry adversaries. Contrary to common modern belief, however, it has been asserted that stirrups actually did not enable the horseman to use a lance more effectively (cataphracts had used lances since antiquity), though the cantled saddle did.

The invention of the stirrup occurred relatively late in history, considering that horses were domesticated in approximately 4500 BC, and the earliest known saddle-like equipment were fringed cloths or pads with breast pads and cruppers used by Assyrian cavalry around 700 BC.

The earliest manifestation of the stirrup was a toe loop that held the big toe and was used in India late in the second century BC,though may have appeared as early as 500 BC.This ancient foot support consisted of a looped rope for the big toe which was at the bottom of a saddle made of fibre or leather. Such a configuration was suitable for the warm climate of south and central India where people used to ride horses barefoot.A pair of megalithic double bent iron bars with curvature at each end, excavated in Junapani in the central Indian state of Madhya Pradesh have been regarded as stirrups although they could as well be something else.Buddhist carvings in the temples of Sanchi, Mathura and the Bhaja caves dating back between the 1st and 2nd century BC figure horsemen riding with elaborate saddles with feet slipped under girths. In this regard Sir John Marshall described the Sanchi relief as ""the earliest example by some five centuries of the use of stirrups in any part of the world"".Later, a single stirrup was used as a mounting aid by a nomadic group known as the Sarmatians.

The invention of the solid saddle tree allowed development of the true stirrup as it is known today.Without a solid tree, the rider's weight in the stirrups creates abnormal pressure points and make the horse's back sore.Modern thermography studies on ""treeless"" and flexible-tree saddle designs have found that there is considerable friction across the center line of a horse's back.A coin of Quintus Labienus, who was in service of Parthia, minted circa 39 B.C. depicts on its reverse a saddled horse with hanging objects. Smith suggests they are pendant cloths, while Thayer suggests that, considering the fact that the Parthians were famous for their mounted archery, the objects are stirrups, but adds that it is difficult to imagine why the Romans would never have adopted the technology.

In Asia, early solid-treed saddles were made of felt that covered a wooden frame.These designs date to approximately 200 BC.One of the earliest solid-treed saddles in the west was first used by the Romans as early as the 1st century BC,but this design also did not have stirrups.The first dependable representation of a rider with paired stirrups was found in China in a Jin Dynasty tomb of about AD 322.The stirrup appeared to be in widespread use across China by AD 477. 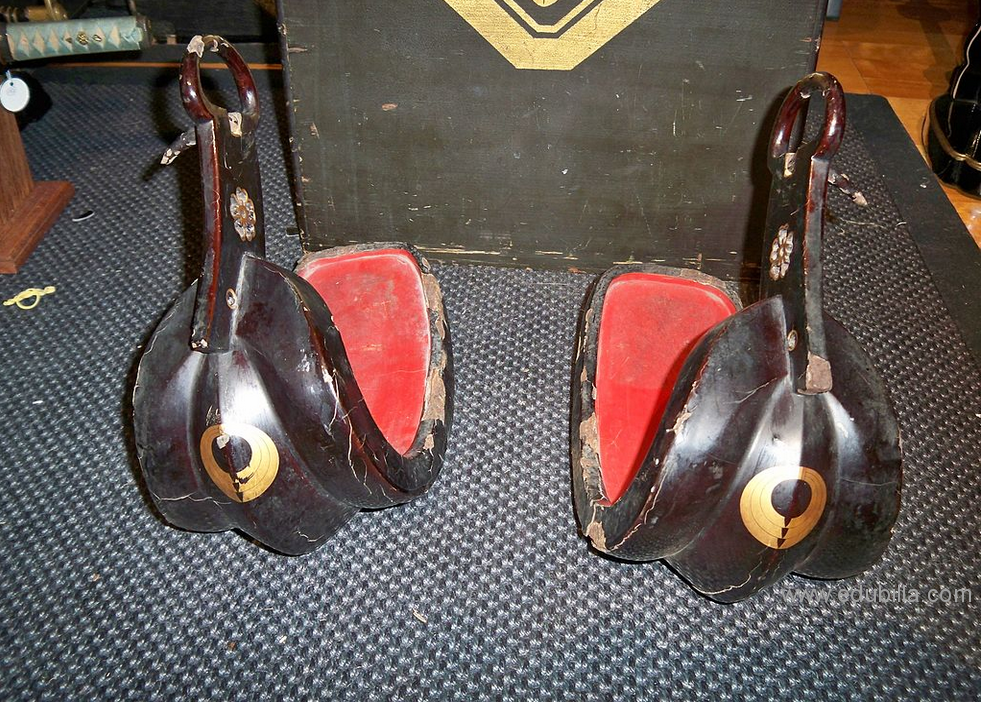 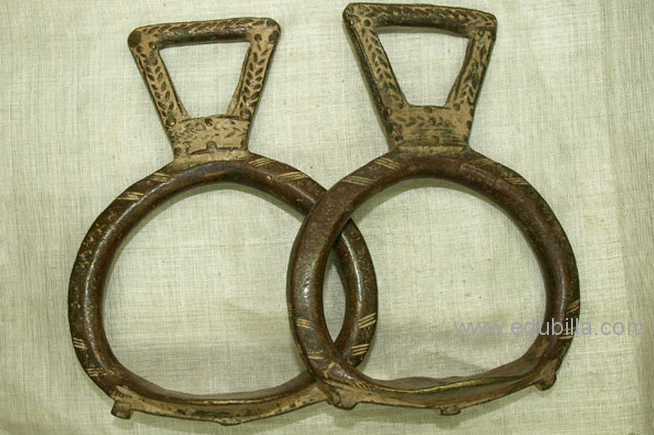