The earliest known written reference to an artificial limb was made around 500 B.C., Herodotus wrote of a prisoner who escaped from his chains by cutting off his foot, which he later replaced with a wooden substitute. An artificial limb dating from 300 B.C., was a copper and wood leg unearthed at Capri, Italy in 1858.

In 1529, French surgeon, Ambroise Pare (1510-1590) introduced amputation as a lifesaving measure in medicine. Soon after, Pare started developing prosthetic limbs in a scientific manner. In 1863, Dubois L Parmelee of New York City made an improvement to the attachment of artificial limbs. He fastened a body socket to the limb with atmospheric pressure. He was not the first person to do so, but he was the first person to do so with satisfactory results. In 1898, Dr. Vanghetti invented an artificial limb that could move with through muscle contraction.

In 1946, a major advancement was made in the attachment of lower limbs. A suction sock for the above-knee prosthesis was created at University of California (UC) at Berkeley. In 1975, Ysidro M. Martinez' invention of a below-the-knee prosthesis avoided some of the problems associated with conventional artificial limbs. Martinez, an amputee himself, took a theoretical approach in his design. He did not attempt to replicate the natural limb with articulated joints in the ankle or foot which is seen by Martinez as causing poor gait. His prosthesis has a high center of mass and is light in weight to facilitate acceleration and deceleration and reduce friction. The foot is considerably shorter to control acceleration forces, reducing the friction and pressure.

The history of prosthetics and amputation surgery begins at the very dawning of human medical thought. In the three great western civilizations of Egypt, Greece, and Rome the first true rehabilitation aids recognized as prostheses were made. 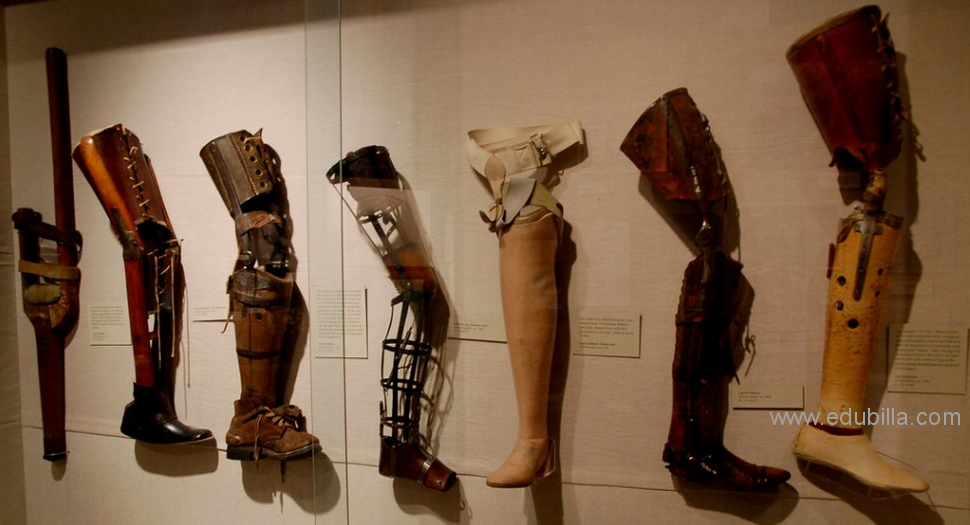