Possibly by 1500 BC people in Mesopotamia used rope pulleys for hoisting water. Archimedes of Syracuse invented the first compound pulleys 287 BC - 212 BC. Plutarch reported that Archimedes moved an entire warship, laden with men, using compound pulleys and his own strength.

In 1730 Benjamin Franklin established his own printing house in Philadelphia. A young man at the time, the only space he could afford at the time was on the third floor of the Gerard Lloyd building in downtown Philadelphia. Ben had a printing press delivered but unfortunately it turned out the stairwell was too narrow for the machine to be carried up. A disheartened Franklin had the printing press loaded back onto the delivery truck to be taken away. But just as the horses began their trot and Ben watched the wheels turn on the carriage, he had a thought, like a bolt of lightning hitting a kite; Ben ordered the carriage to stop as he devised a rudimentary rope-pulley system to lift the printing press up to the third floor. Afterward, Ben shared his design with his fellow patriots and the technology was applied to all manner of contraptions, from ship sails to theater curtains.

A pulley is a wheel on an axle that is designed to support movement and change of direction of a cable or belt along its circumference.Pulleys are used in a variety of ways to lift loads, apply forces, and to transmit power. In nautical contexts, the assembly of wheel, axle, and supporting shell is referred to as a ""block.""

A pulley is also called a sheave or drum and may have a groove between two flanges around its circumference. The drive element of a pulley system can be a rope, cable, belt, or chain that runs over the pulley inside the groove.

Hero of Alexandria identified the pulley as one of six simple machines used to lift weights.Pulleys are assembled to form a block and tackle in order to provide mechanical advantage to apply large forces. Pulleys are also assembled as part of belt and chain drives in order to transmit power from one rotating shaft to another.

There are different types of pulley systems,

Fixed or class 1 pulley has a fixed axle. That is, the axle is ""fixed"" or anchored in place. A fixed pulley is used to change the direction of the force on a rope (called a belt). A fixed pulley has a mechanical advantage of 1. A mechanical advantage of one means that the force is equal on both sides of the pulley and there is no multiplication of force.

Compound pulley is a combination fixed and movable pulley system. 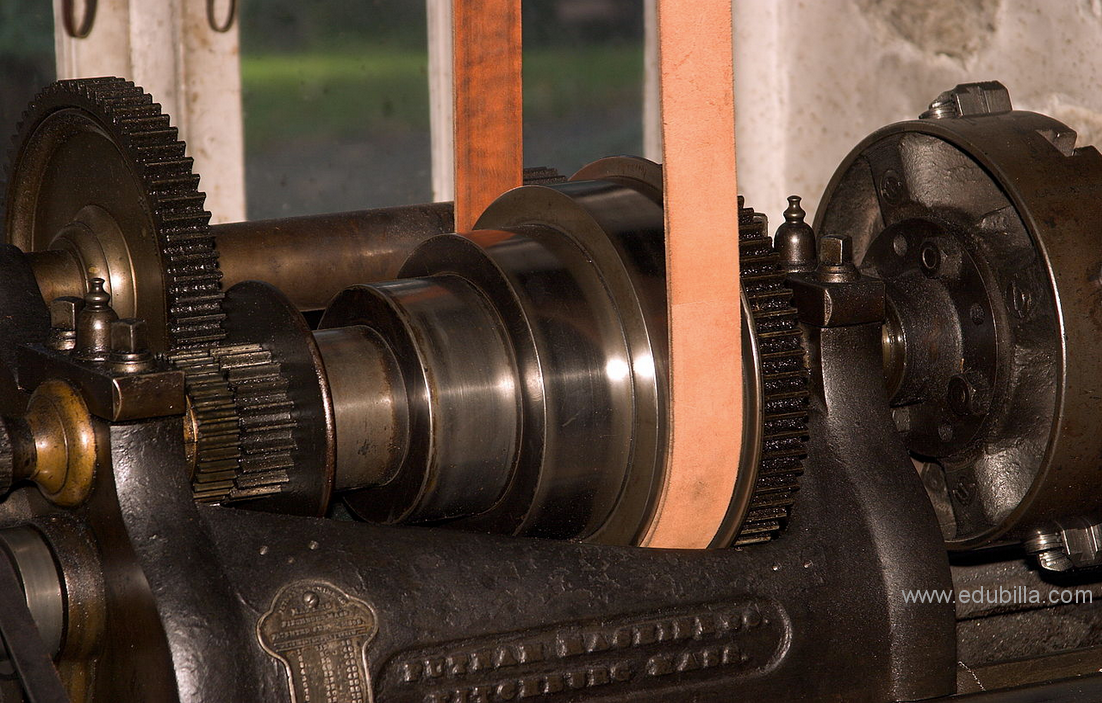 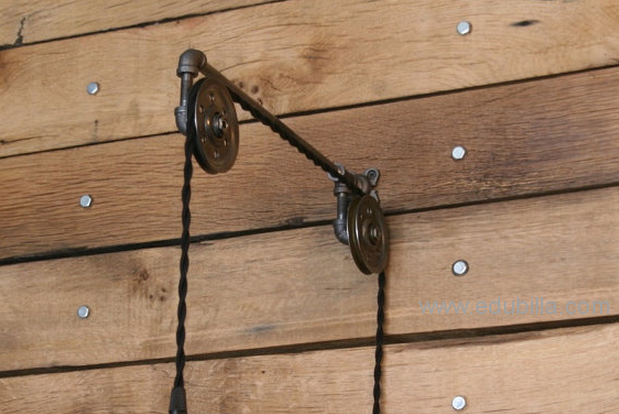