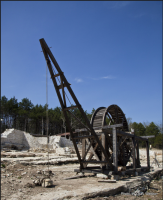 The extent to which human beings extend their natural capabilities through tha use of machines is something that distinguishes us from other members of the animal kingdom.Cranes are an especially relavant example of this; the ability to raise and maneuver weights vastly greater than those that people could lift and move unaided has played a defining role in the development of human society.

The crane is a system of pulleys and cords or wires attached to a framework that enables the movement and heavy weights both vertically and horizontally through the use of mechanical advantage.The earliest cranes have been dated to approximatelly 550 B.C.E., although there are greek architectural constructions still in existence that predate this by several hundred years,and that undoubtedly would have required some sort of supporting pulley mechanism.Cranes were used in anchient greece for a variety of purposes. They were integral to greek construction and were also used for pulling heavy loads.The Claw of Archimedes was a wall-based crane used to hoist invading ships to a great height,only to drop them to their destruction.

Cranes continued to be used extensively in ancient Rome ,where  a ""treadmill crane"" was used to help in building  projects.In reconstructions ,single blocks of stone weighing as much as 100 tons have been lifted considerable heights above the ground using this technology.Cranes fell out of use for a while,only to reappear in the late middle ages.They have continued to see heavy usage through to the present day. 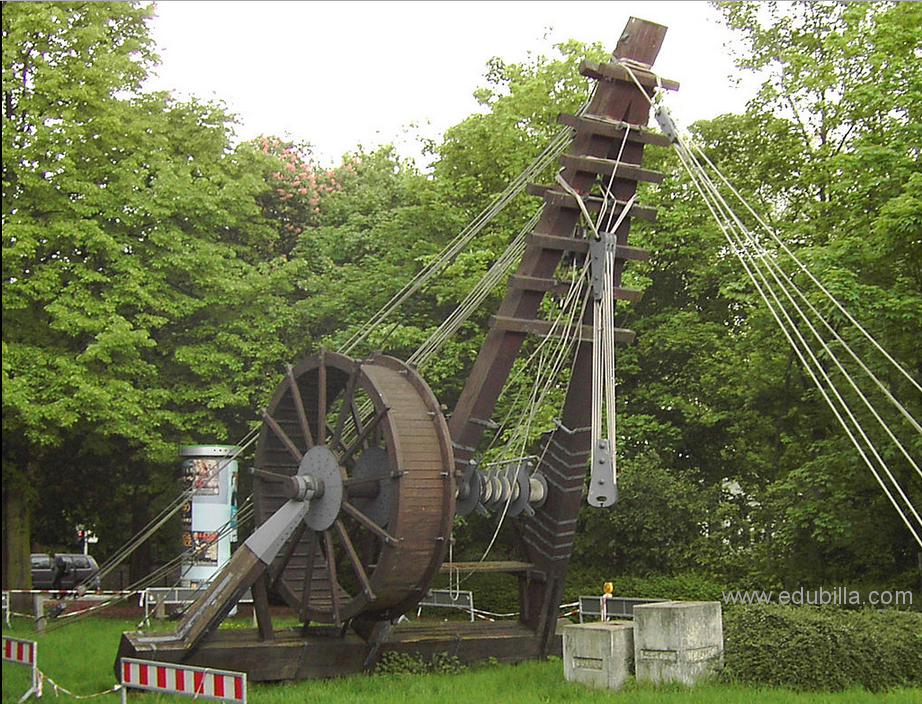 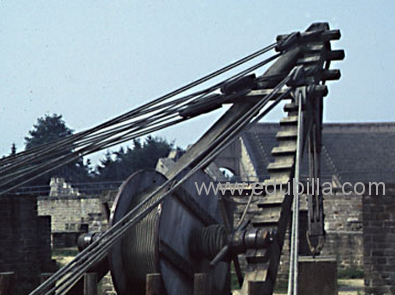