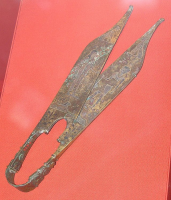 Spring-type scissors probably date from the Bronze Age.Consisting of blades connected by a C-shaped spring at the handle end,they were used in Egypt from 1500 B.C.E to cut silhouettes for artwork.

Pivoted scissors used in ancient Rome and parts of Asia were made of bronze and iron ,as were sixteenth-century European ones.Scissors and other implements became more widely used as their quality improved with better methods of metal forging,but cast stel was not used until 1761,when Robert Hinchliffe manufactured scissors in Sheffield.Many were hand-forged with elaborate handles,but the styles were simplified in the nineteenth century to facilitate large-scale mechanical production.

The steel used in scissors contains varying amounts of carbon,depending on the quality of scissors.Drop hammers form the rough shape of the blade from blanks made from red-hot steel bars.The blades are then trimmed and hardened.The steel may contain from 0.55 to 1.03 percent carbon,with the higher carbon percentages providing a harder cutting edge for certain applications.

Surgical and other specialized scissors are made of stainless steel,cheaper scissors are made with softer steel that is cold pressed.Shears used for sheet-metal work,called tin snips,have high-leverage handles but are constructed in the same way as scissors. 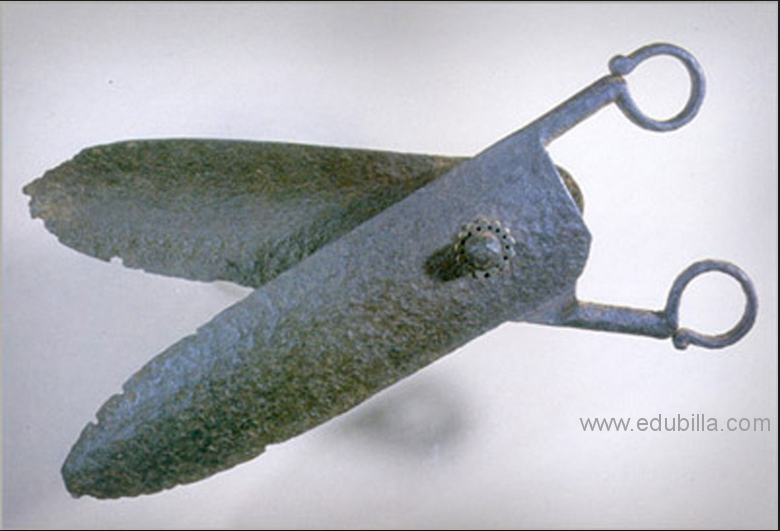