Pontoon bridge, floating bridge, used primarily but not invariably for military purposes. A pontoon bridge was constructed in 480 bc by Persian engineers to transport Xerxes’ invading army across the Hellespont (Dardanelles). According to Herodotus, the bridge was made of 676 ships stationed in two parallel rows with their keels in the direction of the current. Alexander the Great is said to have crossed the Oxus by rafts made of his soldiers’ tents of hide stuffed with straw.

More modern armies, such as Napoleon’s, carried prefabricated pontoons of wood, copper, or other material either closed or open. The U.S. Army in the 19th century experimented with pneumatic rubber pontoons and discarded them as less serviceable than wood or metal but returned to their use in an improved form serviced by air compressors during World War II.

In the 1670s, the French devised the copper pontoon; after this point, rivers and canals ceased to present significant obstacles.The early modern period in pontoon use was dominated by the wars of the 18th and 19th centuries during which the art and science of pontoon bridging barely changed.

Pontoons were extensively used by both the armies and civilians throughout the first half of the 20th century and both World Wars.

The longest military pontoon bridge ever constructed across a river was built in 1995 by the 502nd and 38th Engineer Companies of the US Army's 130th Engineer Brigade, and the 586th Engineer Company from Ft. Benning GA, as part of IFOR. It was assembled under adverse weather conditions across the Sava near Županja (between Croatia and Bosnia), and had a total length of 2,034 feet (620 m). It was dismantled in 1996.

Modern variants of the pontoon bridge are still essential and in use by modern armies. As an example, the American Army has developed a version dubbed the ""Assault Float Ribbon Bridge"". It was constructed during combat by the 299th Multi-role Bridge Company, USAR on the Euphrates River at Objective Peach near Al Musayib on the night of 3 April 2003. ""By dawn on 4 April 2003, the 299th Engineer Company had emplaced a 185-meter long Assault Float Bridge - the first time in history that a bridge of its type was built in combat.""This took place during the 2003 invasion of Iraq by American and British forces. The 185-meter Assault Float Bridge was built to support retrograde operations because of the heavy-armor traffic crossing a partially destroyed highway span. That same night, the 299th also constructed a 40-metre (130 ft) single-story Medium Girder Bridge to patch the damage done to the highway span. The 299th was part of the U.S. Army's 3rd Infantry Division as they crossed the border into Iraq on 20 March 2003. Examples of the construction and use of pontoon bridges during combat operations date back through World War II and earlier.Four of the five longest floating bridges in the world are in Washington State. 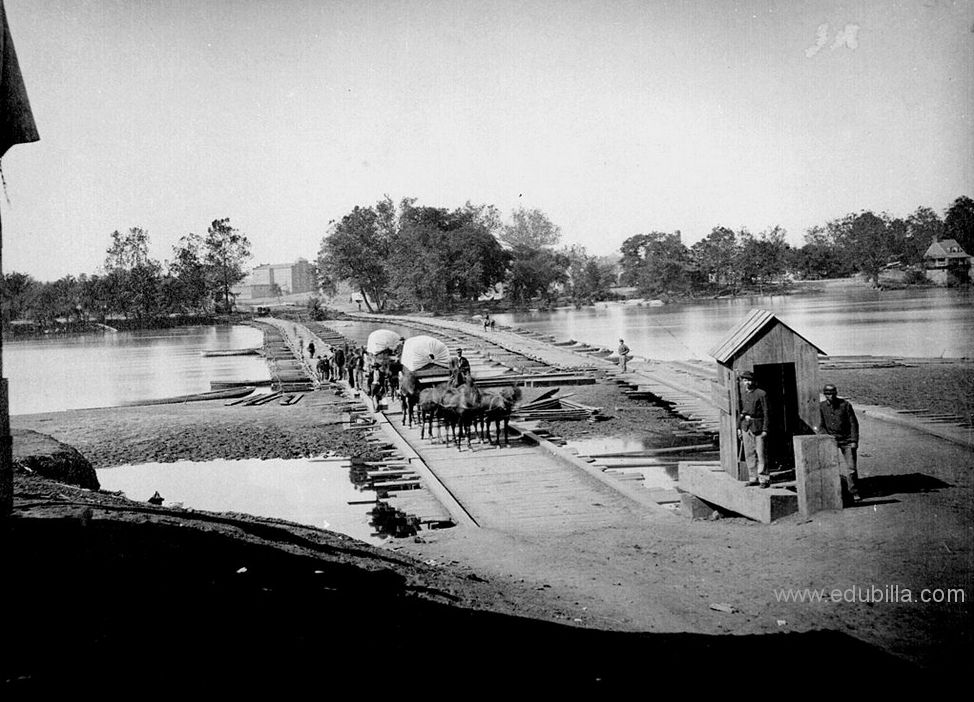