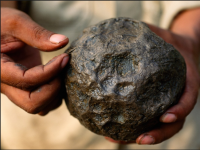 According to historical references and legend, early balls ranged from human heads, stitched up cloth, animal and human skulls to pig or cow bladders.

During the Ts'in and Han Dynasties (255 BC-220 AD), the Chinese played 'tsu chu', in which animal-skin balls were dribbled through gaps in a net stretched between two poles. Certain ancient Egyptian rites are said by historians to have similarities with football, and both the ancient Greeks and Romans also played a game that entailed carrying and kicking a ball.

According to pre-medieval legend, an entire village would kick a skull along a path to a nearby village square.  The opposing village would in turn attempt to kick the skull to the first village's square.  Wow, that probably caused more riots than in modern soccer games.

A Medieval custom was to take pig bladders used from live stock killed in preparation for winter sustenance and inflate them. They would play a game using their feet and hands to keep the ""ball"" in the air. Sounds like hacky sack to me.

The animal bladder balls were eventually covered with leather for better shape retention.

In 1836 Charles Goodyear patented vulcanized rubber. Prior to this, balls were dependant on the size and shape of the pig's bladder. The more irregular the bladder, the more unpredictable the behavior of the ball was when kicked. However; it would not be until the twentieth century until most balls were made with rubber bladders.

In 1855, Charles Goodyear designed and built the first vulcanized rubber soccer balls (footballs).  The following picture shows the Charles Goodyear ball that is on display at the National Soccer Hall of Fame which is located in Oneonta, NY, USA.

In the 1862, H.J. Lindon developed one of the first inflatable rubber bladders for balls.  Tragically his wife previously died from lung disease. Reportedly from blowing up many hundreds of pig's bladders.  Lindon was probably inspired to develop the inflatable rubber bladder because of the ill effects of blowing up pig's bladders. The balls with the rubber bladders ensured that the ball remained hard and oval. Lindon also claimed to have invented the rugby ball but did not patent the idea.  In those days, the round ball was preferred because it was easier to kick and the oval ball was easier to handle. 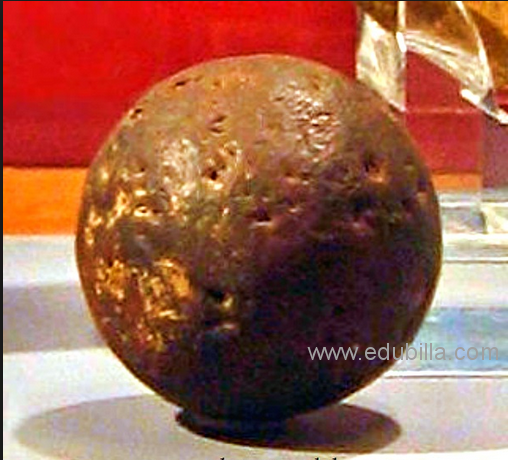 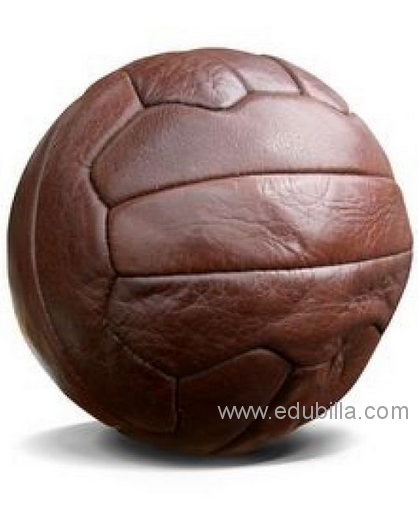