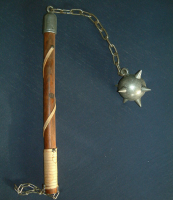 The term flail refers to two different weapons, a two-handed infantry weapon derived from an agricultural tool and a one-handed weapon. The defining characteristic of both is that they involve a separate striking head attached to a handle by a flexible rope, strap, or chain. The two-handed variant saw use in a limited number of conflicts during the European Middle Ages.The two-handed flail is a hand weapon derived from the agricultural tool of the same name, commonly used in threshing. Only a limited amount of historical evidence exists for their employment in Europe during this era. These were deployed in Germany and Central Europe in the later Middle Ages. This weapon consists of a hinged bar connected to a longer shaft.In Korea the flail as an agricultural tool is called ""dorikke"", but as a weapon it is called ""pyeongon"".The Japanese term for their equivalent of the ball-on-a-chain bludgeon is ""rentsuru"", while the Chinese version's name translates vividly into English as meteor hammer.

Throughout the Middle-Ages, two-handed agricultural flails were sometimes employed as an improvised weapon by peasant armies conscripted into military service or engaged in popular uprisings. For example, in the 1420-1497 period, the Hussites fielded large numbers of peasant foot soldiers armed with flails.However, these weapons often featured anti-personnel studs or spikes embedded in the striking end,so they were not always simple agricultural tools snatched up in a hurry by rural insurrectionists: turning these implements into weapons required some effort and skill. The modified flail was also used in the German Peasants' War in the early 16th century.At a later date, the long-handled flail is found in use in India. An example held in the Pitt Rivers Museum has a wooden ball-shaped head studded with iron spikes. Another in the Royal Armouries collection has two spiked iron balls attached by separate chains.The chief tactical virtue of the two-handed flail was its capacity to defeat a defender's shield or avoid it entirely. Its chief liability was a lack of precision and the difficulty of using it in close combat, or closely ranked formations.

The one-handed variant is generally depicted as a short wooden handle connected to one or many metal heads by way of a chain or chains. At least four examples of this type are housed in the collection of the Metropolitan Museum of Art in New York. One of these is a Swiss ""morning star mace"" dated to approximately 1530, consisting of a relatively long handle compared to the others, a long chain almost as long as the handle, ending in a large spiked ball. A second is 16th-century German, having a medium-length metal handle, a short chain, and a small iron ball with large spikes. A third is 15th-century French, having an unusually short handle, a chain nearly as long as the handle, and an iron head lacking spikes but having several angular points. The fourth is also 15th-century, but German, and equally short, but ending in three short chains each ending in a small, angular, iron head. All of these except the 16th-century German example have chains long enough to require care not to allow the head to strike the user's hand.

The agricultural flail was not just used as an improvised weapon in Europe. In southeast Asia, short agricultural flails originally employed in threshing rice were adapted into weapons such as the nunchaku or sansetsukon.

In modern history, related weapons were also said to been used by members of organized crime during the Depression-era period of the United States and other Western countries. Known as a cosh, or blackjack, they are described as being made of a sock filled with sand, or a sock containing a bar of hard soap in the toe end, that were swung against the head of the victim with great but usually non-lethal force. 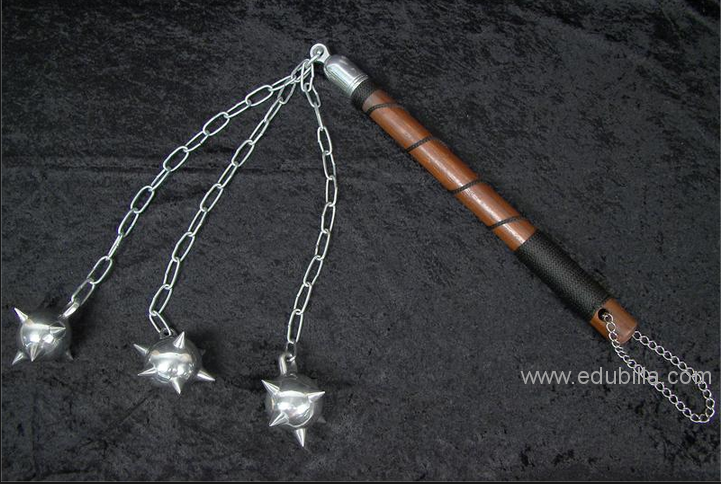 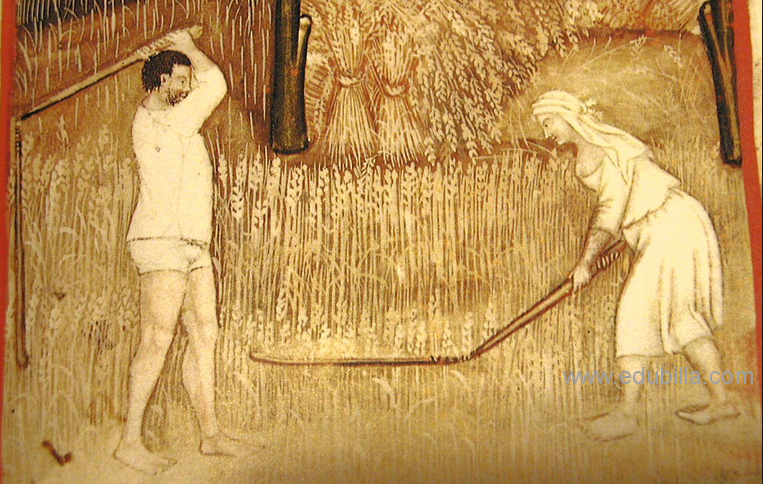