By definition a plow (also spelled plough) is a farm tool with one or more heavy blades that breaks the soil and cut a furrow (small ditch) for sowing seeds. A moldboard is the wedge formed by the curved part of a steel plow blade that turns the furrow.

One early type of plow used in the United States was little more than a crooked stick with an iron point attached, sometimes with rawhide, which simply scratched the ground. Plows of this sort were in use in Illinois as late as 1812. However, plows designed to turn a deep furrow for planting seeds were needed. Early attempts were often just heavy chunks of tough wood, rudely cut into shape, with a wrought-iron point clumsily attached. The moldboards were rough and the curves of no two were alike.

At that time, country blacksmiths made plows only on order and few had patterns for plows. Plows could turn a furrow in soft ground only if the oxen or horses were strong enough - but friction was so great a problem that three men and several animals were required to turn a furrow when the ground was hard.

By the 100 BC iron moldboards were used in Chinese plows and by 1000 the Dutch farmers had copied or also designed them. The mouldboard plow actually flipped the soil over and turned a true furrow.

Wheels were added to the plow by different people, mostly in the middle ages with some indications that the Roman Plow was used with wheels at times. The wheels allowed a heavy plow and so deeper cutting plows.

To grow crops regularly in less fertile areas, the soil must be turned to bring nutrients to the surface. A major advance for this type of farming was the mouldboard plough (American spelling: moldboard plow; or turnplough, frame-plough), which not only cuts furrows with a share (cutting blade) but turns the soil. A coulter (or skeith) could be added to cut vertically into the ground just ahead of the share (in front of the frog), a wedge-shaped cutting edge at the bottom front of the mouldboard with the landside of the frame supporting the undershare (below-ground component).

The upper parts of the frame carry (from the front) the coupling for the motive power (horses), the coulter and the landside frame. Depending on the size of the implement, and the number of furrows it is designed to plough at one time, a forecarriage with a wheel or wheels (known as a furrow wheel and support wheel) may be added to support the frame (wheeled plough). In the case of a single-furrow plough there is only one wheel at the front and handles at the rear for the ploughman to steer and manoeuvre it.

When dragged through a field the coulter cuts down into the soil and the share cuts horizontally from the previous furrow to the vertical cut. This releases a rectangular strip of sod that is then lifted by the share and carried by the mouldboard up and over, so that the strip of sod (slice of the topsoil) that is being cut lifts and rolls over as the plough moves forward, dropping back to the ground upside down into the furrow and onto the turned soil from the previous run down the field. Each gap in the ground where the soil has been lifted and moved across (usually to the right) is called a furrow. The sod that has been lifted from it rests at about a 45 degree angle in the next-door furrow and lies up the back of the sod from the previous run.

In this way, a series of ploughing runs down a field leaves a row of sods that lie partly in the furrows and partly on the ground lifted earlier. Visually, across the rows, there is the land (unploughed part) on the left, a furrow (half the width of the removed strip of soil) and the removed strip almost upside-down lying on about half of the previous strip of inverted soil, and so on across the field. Each layer of soil and the gutter it came from forms the classic furrow.

The mouldboard plough greatly reduced the amount of time needed to prepare a field, and as a consequence, allowed a farmer to work a larger area of land. In addition, the resulting pattern of low (under the mouldboard) and high (beside it) ridges in the soil forms water channels, allowing the soil to drain. In areas where snow buildup is an issue, this lets farmers plant the soil earlier, as the snow runoff drains away more quickly. 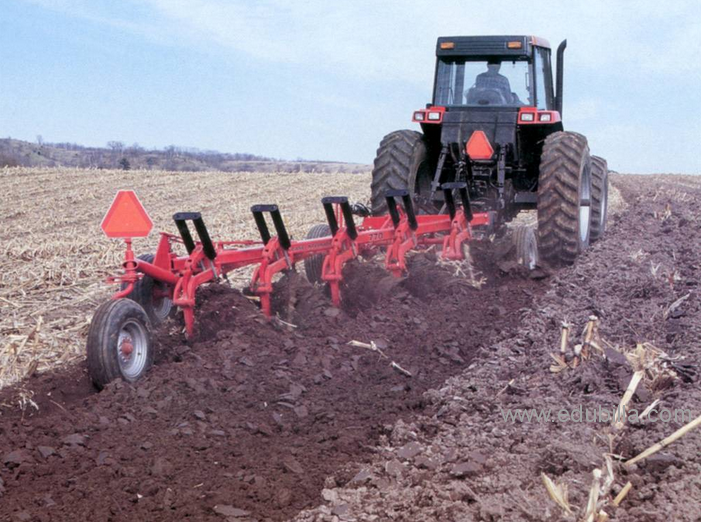 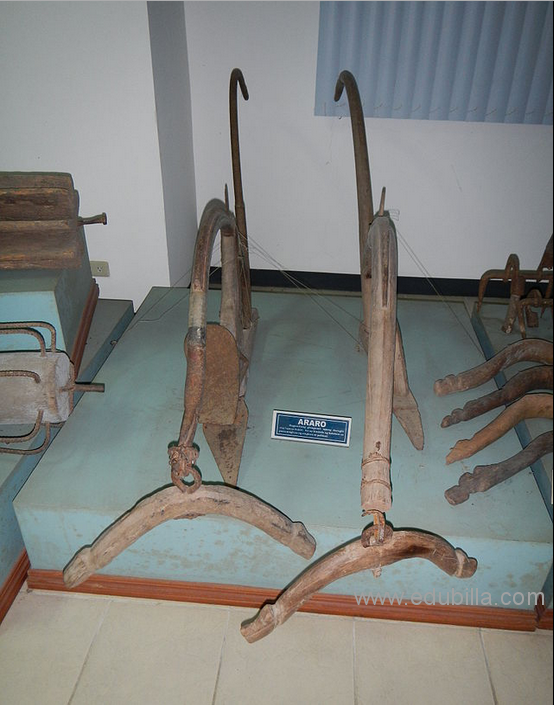