A scanning tunneling microscope (STM) is an instrument for imaging surfaces at the atomic level. Its development in 1981 earned its inventors, Gerd Binnig and Heinrich Rohrer (at IBM Zürich), the Nobel Prize in Physics in 1986.For an STM, good resolution is considered to be 0.1 nm lateral resolution and 0.01 nm depth resolution.With this resolution, individual atoms within materials are routinely imaged and manipulated. The STM can be used not only in ultra-high vacuum but also in air, water, and various other liquid or gas ambients, and at temperatures ranging from near zero kelvin to a few hundred degrees Celsius.

Developed in 1981 at IBM in Zurich by Gerd Binnig and Heinrich Rohrer, this device is based on the theory of quantum tunneling. It doesn’t use light or electron beams. Rather, it uses an ultrafine tip as a means to examine the atomic and molecular details of a surface. This offers the closest atomic examination and manipulation. The device is capable of working in a vacuum, as well as in water, air, and a variety of different types of liquids and gases, which has proven to make the STM even more useful over the years. The innovation proved important enough that it was actually able to garner the inventors a Nobel Prize in Physics in 1986. 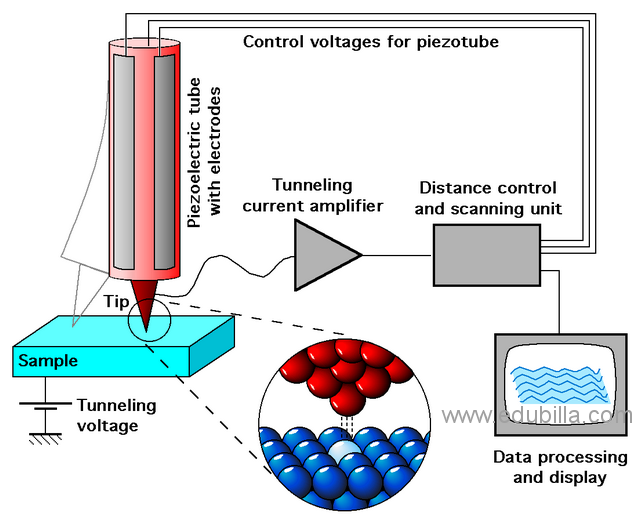 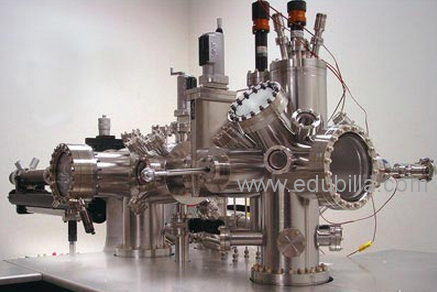