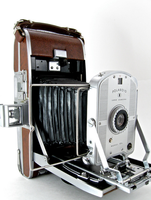 Land Cameras are instant cameras with self-developing film named after their inventor, Edwin Land, while working for Research Row in Boston, Massachusetts and manufactured by Polaroid between the years of 1947 and 1983. Though Polaroid continued producing instant cameras after 1983, the name 'Land' was dropped from the camera name since Edwin Land retired in 1982.The first commercially available model was the Polaroid Land Camera Model 95,which produced prints in about 1 minute,and was first sold to the public in November, 1948.

In the 1970s, self-developing film cameras - also known as Land cameras after their inventor, Edwin Land - gained widespread popularity and the familiar white bordered photos have become iconic of the time. Arthur Fisher in the January 1973 issue of Popular Science called it "perhaps the most fiendishly clever invention in the history of photography."

According to Photojojo, each Limited Edition Polaroid SX-70 is "completely restored and hand-inspected, so it's guaranteed to be in tip-top instant photo taking shape." The company offers to replace non-working ones at the request of a customer, although returns are not available. The foldable instant photography camera is equipped with a 116mm, f8 - f22 aperture lens, features manual focus of 10" to infinity, and shutter speeds vary from 1/175th to 10+ seconds.

Photojojo's Limited Edition Polaroid SX-70 utilizes expired Polaroid film or instant film from The Impossible Project. As with the models sold back in the 1970s, the restored camera does not require a battery as each film pack contains one. The restored Limited Edition Polaroid SX-70 comes in Kate Bingman Burt-made packaging and is priced at US$350. It ships in mid-October, whereas PX100 Impossible Project Instant Film is priced at US$22 and ships in mid-September. 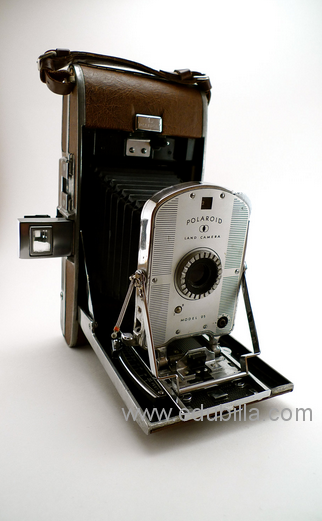 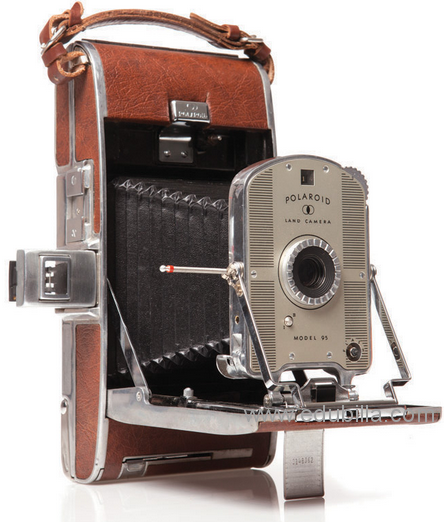