A foghorn is a fog signal that uses sound to warn vehicles of navigational hazards, or boats of the presence of other vessels, in foggy conditions. The term is most often used in relation to marine transport. When visual navigation aids such as lighthouses are obscured, foghorns provide an audible warning of rock outcrops, shoals, headlands, or other dangers to shipping.

Audible fog signals have been used in one form or another for hundreds of years, initially simply bells or gongs struck manually.

At some lighthouses, a small cannon was let off periodically to warn away ships, but this had the obvious disadvantage of having to be fired manually throughout the whole period the fog persisted. In the United States, whistles were also used where a source of steam power was available, though Trinity House, the British lighthouse authority, did not employ them, preferring an explosive signal.

Robert Foulis, a Canadian inventor presented his plan for a steam fog whistle to the Lighthouse Commissioners in 1853. A steam alarm was installed on Partridge Island in 1860 but not until a government report recognized Foulis's earlier contribution did he gain recognition as inventor of the world's first steam-operated fog alarm.

Throughout the 19th century efforts were made to automate the signalling process. Trinity House eventually developed a system for firing a gun-cotton charge electrically. However, the charge had to be manually replaced after each signal. At Portland Bill, for example, which had a five-minute interval between fog-signals, this meant the horns had to be lowered, the two new charges inserted, and the horns raised again every five minutes during foggy periods. Clockwork systems were also developed for striking bells.

Captain James William Newton claimed to have been the inventor of the fog signalling technique using loud and low notes. 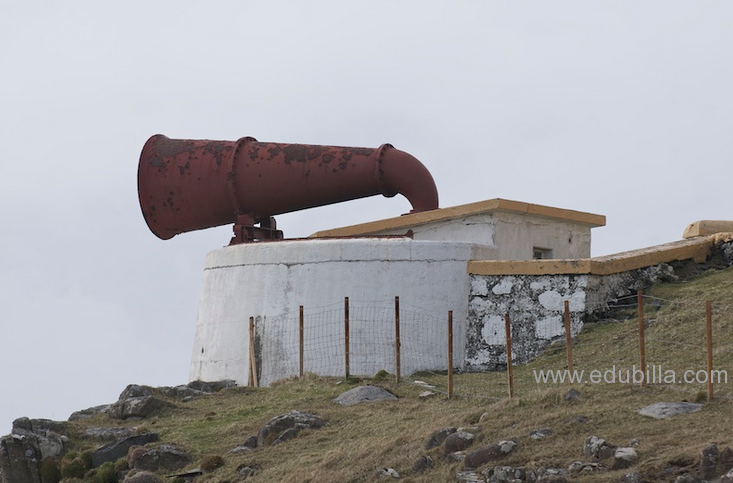 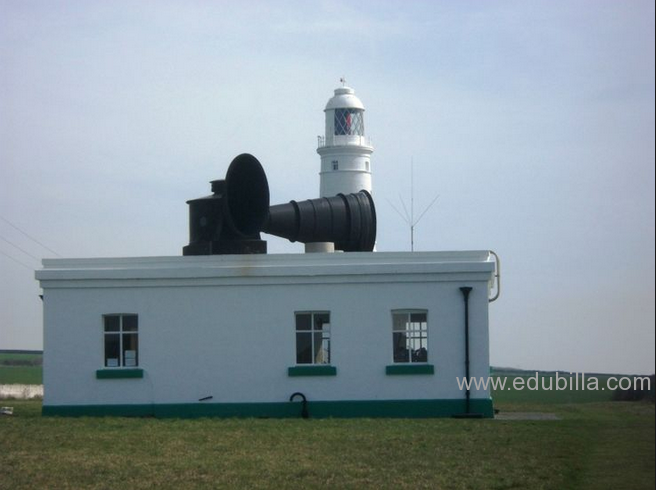