One of the greatest life saving inventions ever made was the EKG. To this day, variations of the original EKG machine help to discover heart disease and prevent heart attacks. An EKG machine picks up electrical pulses from the heart and records them in wave tracings. These waves help physicians diagnose cardiac abnormalities. The development of the first practical EKG began in 1889 at the First International Congress of Physiologists. Willem Einthoven saw British physiologist August Waller demonstrate recording the electrical activity of a heart using his dog.

Willem Einthoven, a Dutch doctor, began experimenting with the knowledge that the beating of the heart produced electrical currents. He expanded on the ideas of Waller. Starting in 1901, he began developing a series of prototypes of a string galvanometer. After 2 years of designing and experimenting, Einthoven perfected the practical EKG machine in 1903.

The machine used a very thin piece of wire which passed through electromagnets. The wire was connected to electrodes on the patient’s chest. The patient had to have his or her hands submerged in salt water baths to conduct electrical impulses. The electromagnetic field made the wire quiver ever-so-slightly as the heart beat. With the use of film and a light shining on the wire, the invention was able to precisely record both the strength and rate of the patient’s heartbeat. Einthoven’s machine weighed 600 pounds and was the size of a small room. Five technicians were needed to operate the machine. The machine was huge and cumbersome to work with but it was stable and extremely accurate.

When the machine became commercially available, it was purchased by labs and hospitals alike. The impact of this invention in the medical community was so great that Einthoven received the Noble Prize in 1924. He also received US Patent 1,592,628 on July 13, 1926 for a receiving wireless signal which was the basis behind his EKG machine monitoring. Today, of course, the EKG machines are small enough to be wheeled into a room and there is no need to immerse your limbs in a solution. The machine though is still based on the same principals of Einthoven’s device. 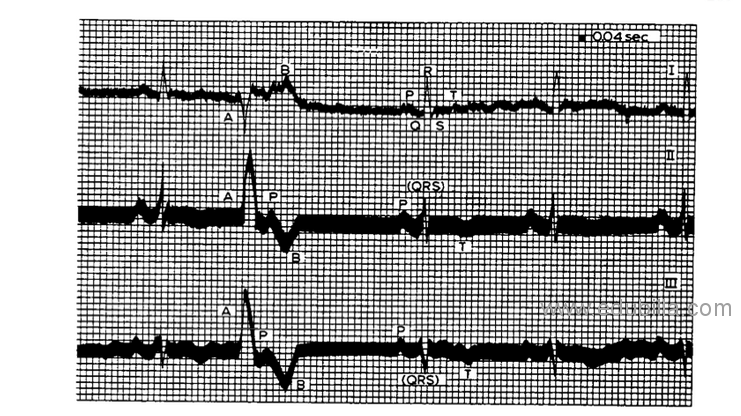 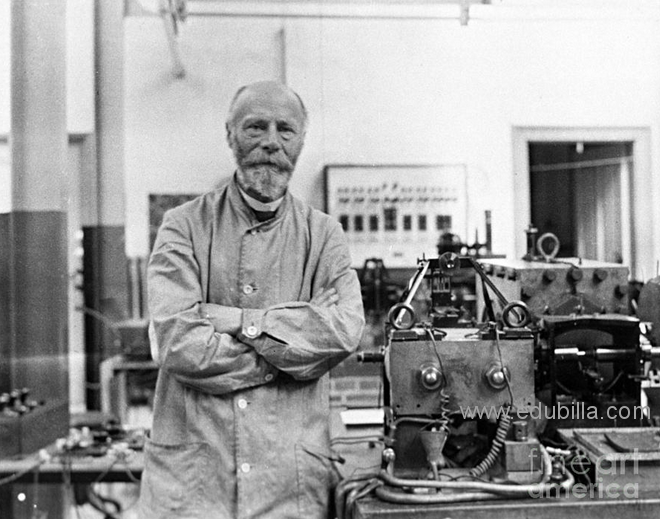