The Geiger–Müller counter, also called a Geiger counter, is an instrument used for measuring ionizing radiation.

In 1911, Hans Geiger and Ernest Rutherford co-invented a predecessor to the Geiger counter that was used in their studies of radiation.

A radiation detector consisting of two electrodes with a low-pressure gas in between. A voltage is maintains such that if radiation passing through the counter ionizes the gas, an avalanche of electrons will occur. Geiger counters can count radiation but cannot distinguish either the energy or kind of radiation.

In 1908 Hans Geiger, under the supervision of Ernest Rutherford at the Victoria University of Manchester (now the University of Manchester), developed an experimental technique for detecting alpha particles that would later be used in the Geiger-Müller tube.This early counter was only capable of detecting alpha particles and was part of a larger experimental apparatus. The fundamental ionization mechanism used was discovered by John Sealy Townsend by his work between 1897 and 1901,and is known as the Townsend discharge, which is the ionization of molecules by ion impact.

It was not until 1928 that Geiger and Walther Müller (a PhD student of Geiger) developed the sealed Geiger-Müller tube which developed the basic ionization principles previously used experimentally. This was relatively small and rugged, and could detect more types of ionizing radiation.Now a practical radiation instrument could be produced relatively cheaply, and so the Geiger-Muller counter was born. As the tube output required little electronic processing, a distinct advantage in the thermionic valve era due to minimal valve count and low power consumption, the instrument achieved great popularity as a portable radiation detector.

Modern versions of the Geiger counter use the halogen tube invented in 1947 by Sidney H. Liebson.It superseded the earlier Geiger tube because of its much longer life and lower operating voltage, typically 400-600 volts. 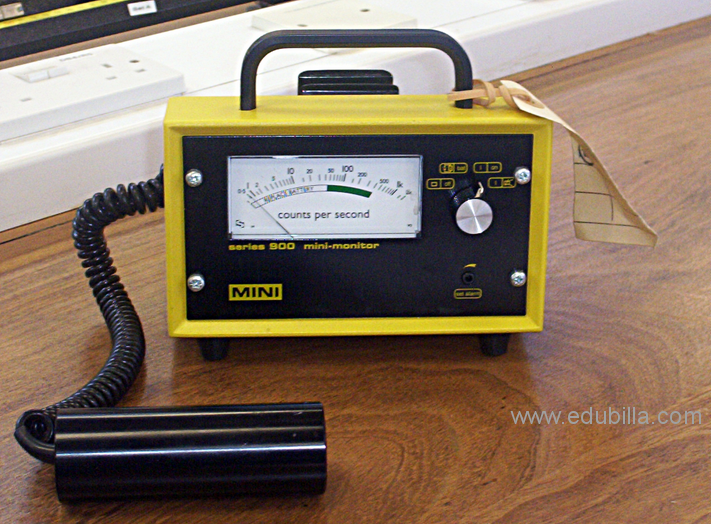 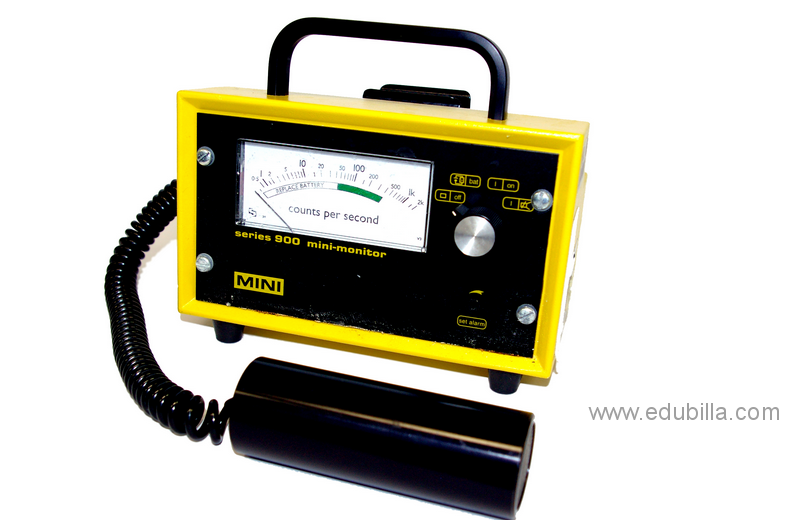