A keypunch is a device for precisely punching holes into stiff paper cards at specific locations as determined by keys struck by a human operator.

The first-generation Type 001 keypunch used 45 columns and round holes. In 1923, Computing Tabulating Recording Company (CTR) (renamed IBM in 1924) introduced the first electric keypunch, the Type 011 Electric Keypunch,a similar looking device where each key closed an electrical contact that activated a solenoid which punched the hole. The IBM 80 column punched card format was introduced in 1928; existing keypunches and other products were modified for this new format while keeping the same model numbers.Later IBM keypunches included the Type 016 Motor-Driven Electric Duplicating Keypunch(1929), the Type 31 Alphabetical Duplicating Punch(1933), and the Type 32 Alphabetical Printing Punch(1933).

"Alphabetical duplicating keypunches recorded alphabetic information in tabulating cards so that complete words and names, together with numerical data, could be later printed by an alphabetical accounting machine. The Type 31 Alphabetical Duplicating Punch was introduced by IBM in 1933, and it automatically ejected one card and fed another in 0.65 second. These machines were equipped with separate alphabetical and numerical keyboards. The alphabetical keyboard was similar to a conventional manual typewriter except that the shift, tab, backspace and character keys were eliminated, and a skip, release, stacker and '1' key were provided." – IBM Archives 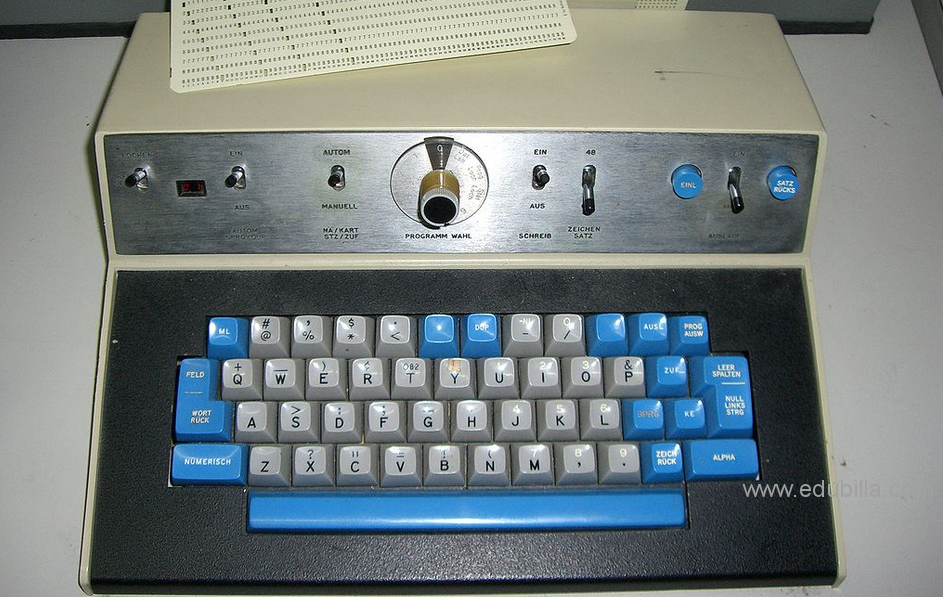