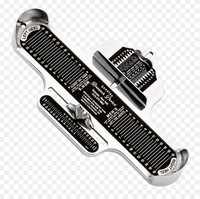 The Brannock Device is a measuring instrument invented by Charles F. Brannock for measuring a person's shoe size. The son of a shoe industry entrepreneur, Brannock attended Syracuse University, New York. Brannock spent two years developing a simple means of measuring the length, width, and arch length of the human foot. He eventually improved on the wooden RITZ Stick, the industry standard of the day, and patented his first prototype in 1926. The device has both left and right heel cups and is rotated through 180 degrees to measure the second foot. Brannock later formed the Brannock Device Company to manufacture and sell the product, and headed the company until 1992 when he died at age 89. Today, the Brannock Device is an international standard of the footwear industry, and the Smithsonian Institution houses samples of some of the first Brannock Devices.

The Brannock Device Company was headquartered in Syracuse, New York, until shortly after Charles Brannock's death. Salvatore Leonardi purchased the company from the Brannock Estate in 1993, and moved manufacturing to a small factory in Liverpool, New York. The company continues to manufacture several models of the device for determining the shoe sizes of men, women, and children; they also produce specialized models for fitting other types of footwear. 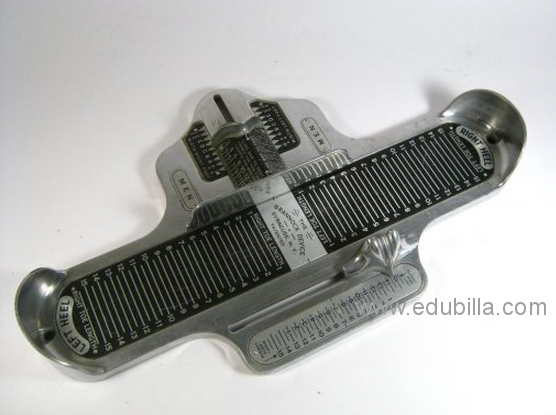 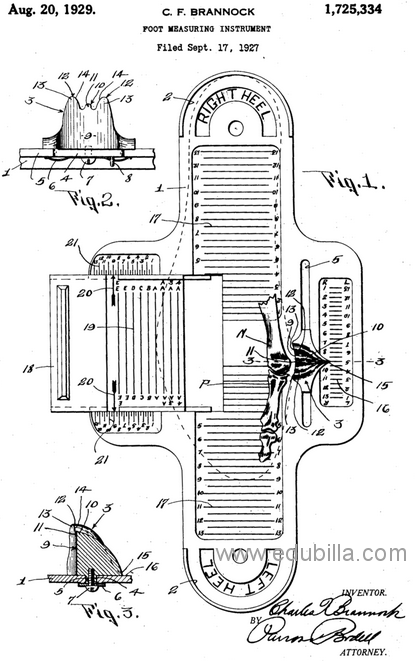