Lithography is a method of printing originally based on the immiscibility of oil and water.Printing is from a stone (lithographic limestone) or a metal plate with a smooth surface. It was invented in 1796 by German author and actor Alois Senefelder as a cheap method of publishing theatrical works.Lithography can be used to print text or artwork onto paper or other suitable material.

Lithography originally used an image drawn with oil, fat, or wax onto the surface of a smooth, level lithographic limestone plate. The stone was treated with a mixture of acid and gum arabic, etching the portions of the stone which were not protected by the grease-based image. When the stone was subsequently moistened, these etched areas retained water; an oil-based ink could then be applied and would be repelled by the water, sticking only to the original drawing. The ink would finally be transferred to a blank paper sheet, producing a printed page. This traditional technique is still used in some fine art printmaking applications.

In modern lithography, the image is made of a polymer coating applied to a flexible aluminum plate. The image can be printed directly from the plate (the orientation of the image is reversed), or it can be offset, by transferring the image onto a flexible sheet (rubber) for printing and publication.

As a printing technology, lithography is different from intaglio printing (gravure), wherein a plate is either engraved, etched, or stippled to score cavities to contain the printing ink; and woodblock printing or letterpress printing, wherein ink is applied to the raised surfaces of letters or images. Today, most types of high-volume books and magazines, especially when illustrated in colour, are printed with offset lithography, which has become the most common form of printing technology since the 1960s. The word lithography also denotes photolithography, a microfabrication technique used in the microelectronics industry to make integrated circuits and microelectromechanical systems.

Lithography works because of the mutual repulsion of oil and water. The image is drawn on the surface of the print plate with a fat or oil-based medium (hydrophobic) such as a wax crayon, which may be pigmented to make the drawing visible. A wide range of oil-based media is available, but the durability of the image on the stone depends on the lipid content of the material being used, and its ability to withstand water and acid. After the drawing of the image, an aqueous solution of gum arabic, weakly acidified with nitric acid HNO

3 is applied to the stone. The function of this solution is to create a hydrophilic layer of calcium nitrate salt, Ca(NO

3)2, and gum arabic on all non-image surfaces. The gum solution penetrates into the pores of the stone, completely surrounding the original image with a hydrophilic layer that will not accept the printing ink. Using lithographic turpentine, the printer then removes any excess of the greasy drawing material, but a hydrophobic molecular film of it remains tightly bonded to the surface of the stone, rejecting the gum arabic and water, but ready to accept the oily ink.

When printing, the stone is kept wet with water. Naturally the water is attracted to the layer of gum and salt created by the acid wash. Printing ink based on drying oils such as linseed oil and varnish loaded with pigment is then rolled over the surface. The water repels the greasy ink but the hydrophobic areas left by the original drawing material accept it. When the hydrophobic image is loaded with ink, the stone and paper are run through a press which applies even pressure over the surface, transferring the ink to the paper and off the stone.

Senefelder had experimented during the early 19th century with multicolor lithography; in his 1819 book, he predicted that the process would eventually be perfected and used to reproduce paintings.Multi-color printing was introduced by a new process developed by Godefroy Engelmann (France) in 1837 known as chromolithography.A separate stone was used for each color, and a print went through the press separately for each stone. The main challenge was to keep the images aligned (in register). This method lent itself to images consisting of large areas of flat color, and resulted in the characteristic poster designs of this period.

"Lithography, or printing from soft stone, largely took the place of engraving in the production of English commercial maps after about 1852. It was a quick, cheap process and had been used to print British army maps during the Peninsula War. Most of the commercial maps of the second half of the 19th century were lithographed and unattractive, though accurate enough."

High-volume lithography is used presently to produce posters, maps, books, newspapers, and packaging—just about any smooth, mass-produced item with print and graphics on it. Most books, indeed all types of high-volume text, are now printed using offset lithography.

For offset lithography, which depends on photographic processes, flexible aluminum, polyester, mylar or paper printing plates are used instead of stone tablets. Modern printing plates have a brushed or roughened texture and are covered with a photosensitive emulsion. A photographic negative of the desired image is placed in contact with the emulsion and the plate is exposed to ultraviolet light. After development, the emulsion shows a reverse of the negative image, which is thus a duplicate of the original (positive) image. The image on the plate emulsion can also be created by direct laser imaging in a CTP (Computer-To-Plate) device known as a platesetter. The positive image is the emulsion that remains after imaging. Non-image portions of the emulsion have traditionally been removed by a chemical process, though in recent times plates have come available which do not require such processing.

If this image were transferred directly to paper, it would create a mirror-type image and the paper would become too wet. Instead, the plate rolls against a cylinder covered with a rubber blanket, which squeezes away the water, picks up the ink and transfers it to the paper with uniform pressure. The paper passes between the blanket cylinder and a counter-pressure or impression cylinder and the image is transferred to the paper. Because the image is first transferred, or offset to the rubber blanket cylinder, this reproduction method is known as offset lithography or offset printing.

Many innovations and technical refinements have been made in printing processes and presses over the years, including the development of presses with multiple units (each containing one printing plate) that can print multi-color images in one pass on both sides of the sheet, and presses that accommodate continuous rolls (webs) of paper, known as web presses. Another innovation was the continuous dampening system first introduced by Dahlgren instead of the old method which is still used on older presses (conventional dampening), which are rollers covered with molleton (cloth) which absorbs the water. This increased control of the water flow to the plate and allowed for better ink and water balance. Current dampening systems include a "delta effect or vario " which slows the roller in contact with the plate, thus creating a sweeping movement over the ink image to clean impurities known as "hickies".

The process of lithography printing is illustrated by this simplified diagram. This press is also called an ink pyramid due to the fact that the ink is transferred through several layers of rollers with different purposes. Fast lithographic 'web' printing presses are commonly used in newspaper production.

The advent of desktop publishing made it possible for type and images to be modified easily on personal computers for eventual printing by desktop or commercial presses. The development of digital imagesetters enabled print shops to produce negatives for platemaking directly from digital input, skipping the intermediate step of photographing an actual page layout. The development of the digital platesetter during the late 20th century eliminated film negatives altogether by exposing printing plates directly from digital input, a process known as computer to plate printing. 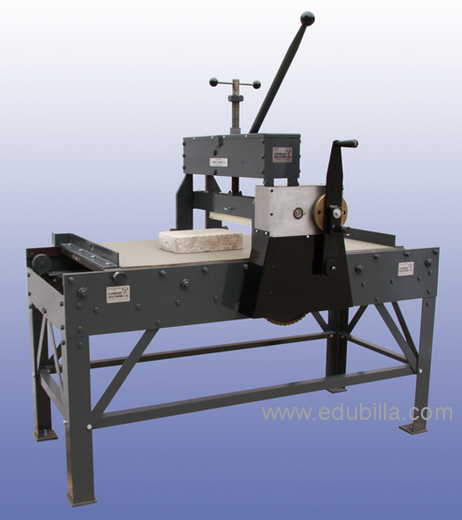 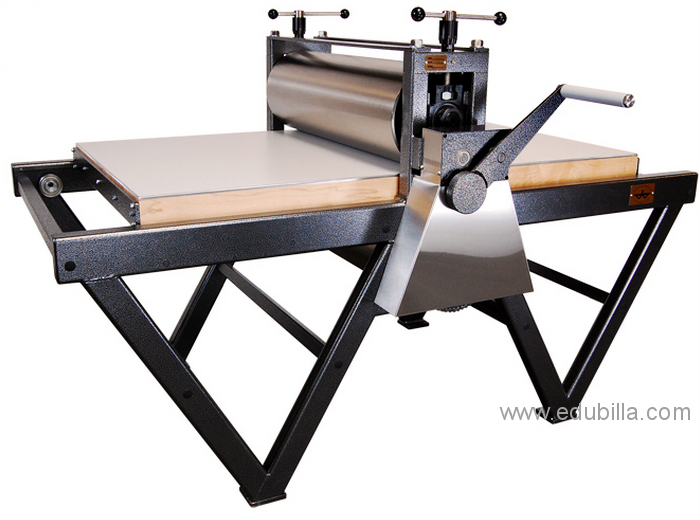