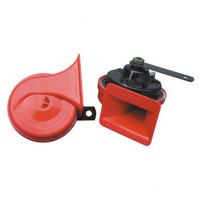 A vehicle horn is a sound-making device used to warn others of the approach of the vehicle or of its presence. Automobiles, trucks, ships, and trains are all required by law in some countries to have horns. Bicycles in many areas are also legally required to have an audible warning device in many jurisdictions, but not universally, and not always a horn.

Klaxon is a trademark for a brand of electromechanical horn or alerting device. Mainly used on automobiles, trains and ships, klaxon horns produce an easily identifiable sound often transcribed onomatopoeiacally in English as "awooga" or "ah-oo-gah". Like most mechanical horns, the klaxon has largely been replaced by solid-state electronic alarms, though the memorable tone itself has persisted.

The klaxon horn's characteristic sound is produced by a spring-steel diaphragm with a rivet in the center that is repeatedly struck by the teeth of a rotating cogwheel. The diaphragm is attached to a horn that acts as an acoustic transformer and controls the direction of the sound.

In the first klaxons, the wheel was driven either by hand or an electric motor. American inventor Miller Reese Hutchison (later chief engineer of Thomas Edison) patented the mechanism in 1908.The Lovell-McConnell Manufacturing Co. of Newark, New Jersey bought the rights to the device and it later became standard equipment on General Motors cars.Franklyn Hallett Lovell Jr., the founder, coined the name klaxon from the Ancient Greek verb klaz?, "to shriek".

Klaxons were first fitted to automobiles and bicycles in 1908. They were originally powered by six-volt dry cells, and from 1911 by rechargeable batteries. Later hand-powered versions were used as military evacuation alarms and factory sirens. The klaxon is also remembered for its use as a submarine dive alarm in World War II.

The Klaxophone is a musical instrument that makes use of the klaxon's unique sound.

The English company Klaxon Signals Ltd. has been based in Oldham, Greater Manchester, England for the last eighty years, with premises also in Birmingham. The French Klaxon company was acquired by the Italian Fiamm Group in the 1990s. In 2005 Klaxon Signals sold the rights for the hooter or klaxon range to Moflash Signalling Ltd., based in the original Klaxon Factory in Birmingham England. The Famous Klaxet ES and A1 hooters returned home to Birmingham after ten years.

The Moflash company discontinued the Klaxet hooter in 2013 but continue to produce the A1 hooter—the only original Klaxon left in production. 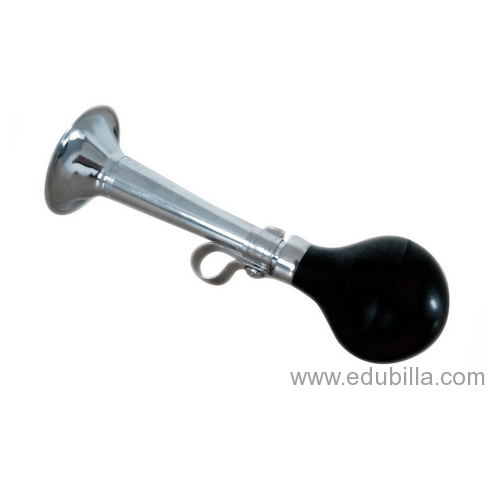 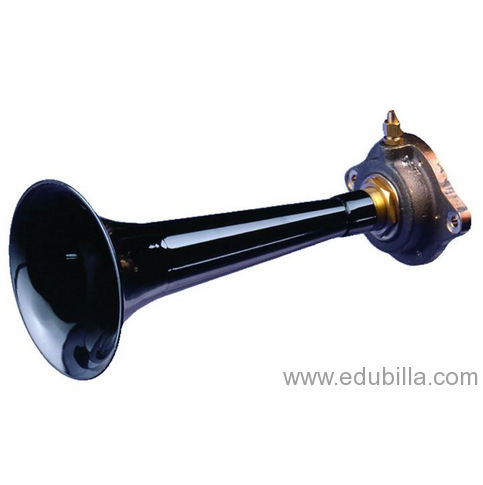