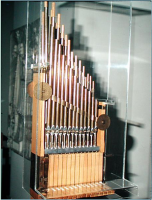 The organ is one of the oldest instruments still used in European classical music that has commonly been credited has having derived from Greece. Its earliest predecessors were built in Ancient Greece in the 3rd century BCE. The word organ is derived from the Latin organum, an instrument similar to a portative organ used in ancient Roman circus games. Organum is derived in turn from the Greek ??????? (organon),a generic term for an instrument or a tool.

The Greek engineer Ctesibius of Alexandria is credited with inventing the organ in the 3rd century BC. He devised an instrument called the hydraulis, which delivered a wind supply maintained through water pressure to a set of pipes.The hydraulis was played in the arenas of the Roman Empire. The pumps and water regulators of the hydraulis were replaced by an inflated leather bag in the 2nd century AD,and true bellows began to appear in the 6th or 7th century AD.

The 9th century Persian geographer Ibn Khurradadhbih (d. 911); in his lexicographical discussion of instruments cited the urghun (organ) as one of the typical instruments of the Byzantine Empire.It was often used in the Hippodrome. The first pipe organ with ""great leaden pipes"" was sent to the West by the Byzantine emperor Constantine V as a gift to Pepin the Short King of the Franks in 757. Pepin's son Charlemagne requested a similar organ for his chapel in Aachen in 812, beginning its establishment in Western church music.

Portable organs (the portative and the positive organ) were invented in the Middle Ages. Towards the middle of the 13th century, the portatives represented in the miniatures of illuminated manuscripts appear to have real keyboards with balanced keys, as in the Cantigas de Santa Maria.Its portability made the portative useful for the accompaniment of both sacred and secular music in a variety of settings.

Large organs such as the one installed in 1361 in Halberstadt, Germany,the first documented permanent organ installation, likely prompted Guillaume de Machaut to describe the organ as ""the king of instruments"", a characterization still frequently applied.The Halberstadt organ was the first instrument to use a chromatic key layout across its three manuals and pedalboard, although the keys were wider than on modern instruments.It had twenty bellows operated by ten men, and the wind pressure was so high that the player had to use the full strength of his arm to hold down a key. 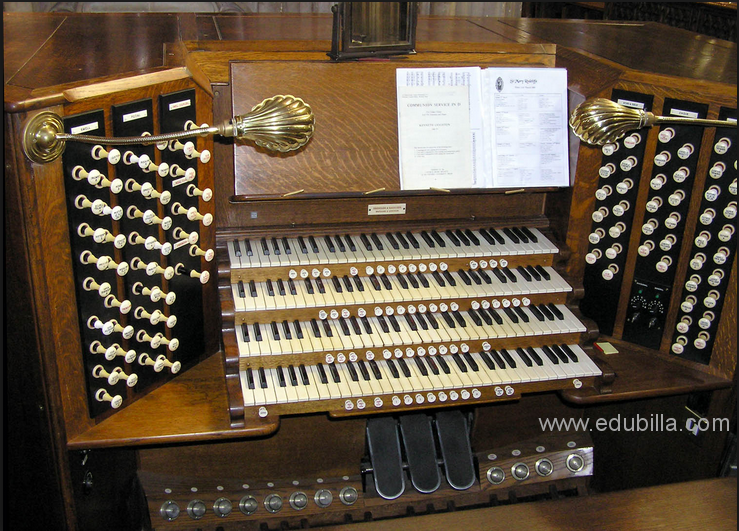 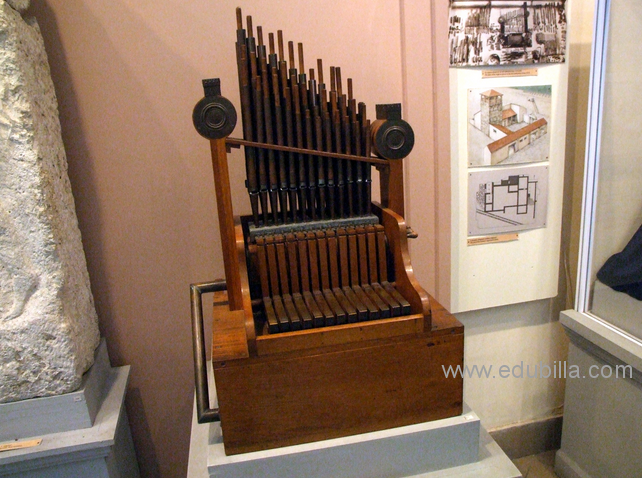