In late 1886, Reginald A. Fessenden began working directly for Thomas Edison at the inventor's new laboratory in West Orange, New Jersey. Fessenden quickly made major advances, especially in receiver design, as he worked to develop audio reception of signals. The United States Weather Bureau began, early in 1900, a systematic course of experimentation in wireless telegraphy, employing him as a specialist.Fessenden evolved the heterodyne principle here where two signals combined to produce a third signal.

In 1900, construction began on a large radio transmitting alternator. Fessenden, experimenting with a high-frequency spark transmitter, successfully transmitted speech on December 23, 1900 over a distance of about 1.6 kilometres (0.99 mi), the first audio radio transmission. Early in 1901 the Weather Bureau officially installed Fessenden at Wier's Point, Roanoke Island, North Carolina, and he made experimental transmissions across water to a station located about 5 miles (8.0 km) west of Cape Hatteras, the distance between the two stations being almost exactly 50 miles (80 km).An alternator of 1 kW output at 10 kilohertz was built in 1902. The credit for the development of this machine is due to Charles Proteus Steinmetz, Caryl D. Haskins, Ernst Alexanderson, John T. H. Dempster, Henry Geisenhoner, Adam Stein, Jr., and F. P. Mansbendel.

In a paper written by Fessenden in 1902, it was asserted that important advances had been made, one of which was overcoming largely the loss of energy experienced in other systems. In an interview with a New York Journal correspondent, Fessenden stated that in his early apparatus he did not use an air transformer at the sending end, nor a concentric cylinder for emitters and antennae,and had used capacity, but arranged in a manner entirely different from that in other systems, and that he did not employ a coherer or any form of imperfect contact. Fessenden asserted that he had paid particular attention to selective and multiplex systems, and was well satisfied with the results in that direction.On August 12, 1902, 13 patents were issued to Fessenden, covering various methods, devices, and systems for signaling without wires.These patents involved many new principles, the chef-d'oeuvre of which was a method for distributing capacity and inductance instead of localizing these coefficients of the oscillator as in previous systems.

By the summer of 1906, a machine producing 50 kilohertz was installed at the Brant Rock station, and in the fall of 1906, what was called an electric alternating dynamo was working regularly at 75 kilohertz, with an output of 0.5 kW.Fessenden used this for wireless telephoning to Plymouth, Massachusetts, a distance of approximately 11 miles (18 km).In the following year machines were constructed having a frequency of 96 kilohertz and outputs of 1 kW and 2 kW. Fessenden believed that the damped wave-coherer system was essentially and fundamentally incapable of development into a practical system.He would employ a two-phase high frequency alternator method and the continuous production of waves with changing constants of sending circuit.Fessenden would also use duplex and multiplex commutator methods.On Dec. 11, 1906, operation of the wireless transmission in conjunction with the wire lines took place.In July 1907 the range was considerably extended and speech was successfully transmitted between Brant Rock and Jamaica, on Long Island, a distance of nearly 200 miles (320 km), in daylight and mostly over land,the mast at Jamaica being approximately 180 feet (55 m) high. 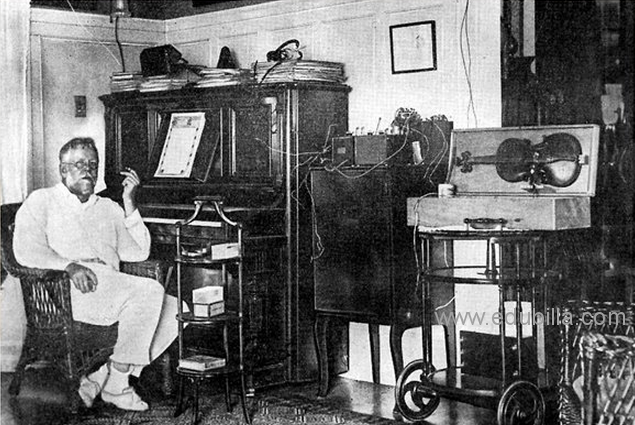 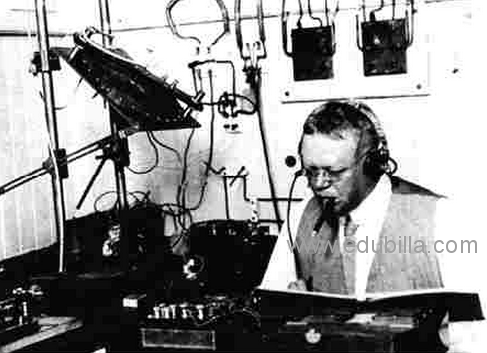