Thomas Savery (c. 1650–1715) was an English inventor and engineer, born at Shilstone, a manor house near Modbury, Devon, England. He is famous for his invention of the first commercially used steam powered engine.

Savery became a military engineer, rising to the rank of Captain by 1702, and spent his free time performing experiments in mechanics. In 1696 he took out a patent for a machine for polishing glass or marble and another for ""rowing of ships with greater ease and expedicion than hitherto beene done by any other"" which involved paddle-wheels driven by a capstan and which was dismissed by the Admiralty following a negative report by the Surveyor of the Navy, Edmund Dummer.

Savery also worked for the Sick and Hurt Commissioners, contracting the supply of medicines to the Navy Stock Company, which was connected with the Society of Apothecaries. His duties on their behalf took him to Dartmouth, which is probably how he came into contact with Thomas Newcomen.

On 2 July 1698 Savery patented an early steam engine, ""A new invention for raising of water and occasioning motion to all sorts of mill work by the impellent force of fire, which will be of great use and advantage for drayning mines, serveing townes with water, and for the working of all sorts of mills where they have not the benefitt of water nor constant windes."" He demonstrated it to the Royal Society on 14 June 1699. The patent has no illustrations or even description, but in 1702 Savery described the machine in his book The Miner's Friend; or, An Engine to Raise Water by Fire,in which he claimed that it could pump water out of mines.

Savery's engine had no piston, and no moving parts except from the taps. It was operated by first raising steam in the boiler; the steam was then admitted to the working vessel, allowing it to blow out through a downpipe into the water that was to be raised. When the system was hot and therefore full of steam the tap between the boiler and the working vessel was shut, and if necessary the outside of the vessel was cooled. This made the steam inside it condense, creating a partial vacuum, and atmospheric pressure pushed water up the downpipe until the vessel was full. At this point the tap below the vessel was closed, and the tap between it and the up-pipe opened, and more steam was admitted from the boiler. As the steam pressure built up, it forced the water from the vessel up the up-pipe to the top of the mine.

However, his engine had four serious problems. First, every time water was admitted to the working vessel much of the heat was wasted in warming up the water that was being pumped. Secondly, the second stage of the process required high-pressure steam to force the water up, and the engine's soldered joints were barely capable of withstanding high pressure steam and needed frequent repair. Thirdly, although this engine used positive steam pressure to push water up out of the engine (with no theoretical limit to the height to which water could be lifted by a single high-pressure engine) practical and safety considerations meant that in practice, to clear water from a deep mine would have needed a series of moderate-pressure engines all the way from the bottom level to the surface. Fourthly, water was pushed up into the engine only by atmospheric pressure (working against a condensed-steam 'vacuum'), so the engine had to be no more than about 30 feet (9.1 m) above the water level – requiring it to be installed, operated, and maintained far down in the mine. 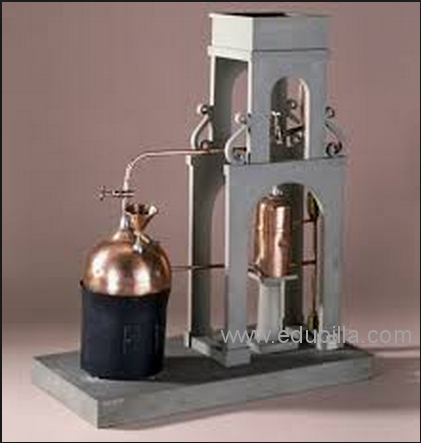 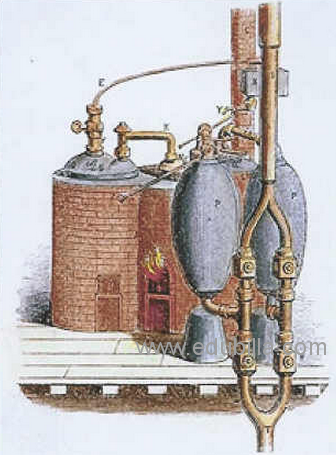