A camcorder is a portable consumer electronics device for recording video and audio using a built-in recorder unit. It contains both a video camera and a video recorder in one unit, hence its compound name.

The earliest camcorders employed analog recording onto videotape. Since the 1990s, digital recording has become the norm, but tape remained the primary recording media. Starting from early 2000s, tape as storage media is being gradually replaced with tapeless solutions like optical disks, hard disk drives, and flash memory.

Today’s camcorders are very compact and can easily fit in the palm of your hand. You can stick them in your pocket or purse. No matter where you are, on a plane, on a beach, in your house or on a mountaintop, it is easy to create your own high quality video productions.

Modern camcorders provide outstanding visual and audio capture qualities, are small enough to travel anywhere, and have impressive lens and zoom ratios.  Most provide a wide range of automatic and manual imaging modes, as well as a variety of input and output selections. Editing is easy. You can edit from camcorder to camcorder, you can use a dedicated editing box, or you can dump your video into your computer and edit using nonlinear technology. Soon you will be able to send your videos from your camcorder directly to the Internet.

In 1982, two events happened that eventually led to the home camcorder boom: JVC introduced the VHS-C format, and Sony released the first professional camcorder named Betacam. VHS-C was essentially VHS with a reduced-size cassette that had been designed for portable VCRs. Sony's Betacam was a standard developed for professional camcorders, which used component video to provide a superior picture. At first, cameramen did not welcome Betacam, because before it, carrying and operating the VCR unit was the work of a video engineer; after Betacam they came to be required to operate both video camera and VCR. However the cable between cameramen and video engineers was eliminated, the freedom of cameramen improved dramatically and Betacam quickly became the standard for both news-gathering and in-studio video editing.

In 1983, Sony released the Betamax-based Betamovie BMC-100P, the first consumer camcorder. A novel technique in the BMC-100P was used to reduce the size of the spinning video head drum, which was then used for many subsequent camcorders. Nevertheless, the unit could not be held with one hand and was typically resting on a shoulder.

Some later camcorders were even larger, because the Betamovie models had only optical viewfinders and no playback or rewind capability. Most camcorders were and still are designed for right-handed operation, though a few possessed ambidextrous ergonomics. That same year JVC released its own camcorder using its pre-existing VHS-C format.The VHS-C cassette held enough tape to record 40 or 120 minutes of VHS video, while a mechanical adapter enabled playback of VHS-C videocassettes in home VCRs.

In the meantime, Sony was busy redesigning its Betamax system to create the new Video8 standard, released in 1985. Video8 eliminated the problem of short running time, by using an all-new metal composition video cassette whose 8mm tape width is 33 percent less than VHS/Betamax tape (~12.7 mm), allowing even further miniaturization in the recorder's tape-transport assembly and cassette media. 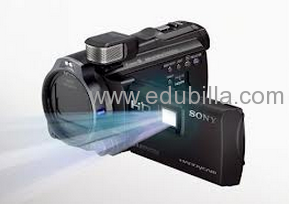 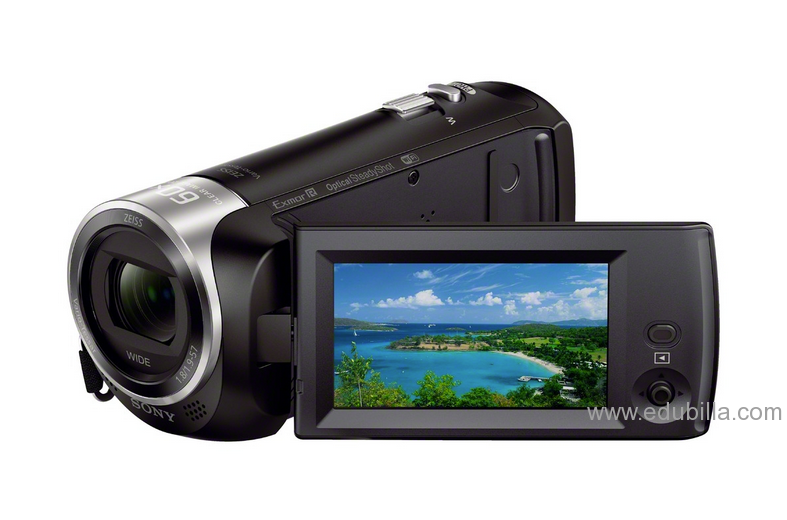