The arc converter, sometimes called the arc transmitter or Poulsen arc after Danish engineer Valdemar Poulsen who invented it in 1903,was an early type of radio transmitter. The arc converter used an electric arc to convert direct current electricity into radio frequency alternating current. It was used as a radio transmitter from 1903 until the 1920s before it was replaced by vacuum tubes, and it was one of the first technologies that was used to transmit sound (amplitude modulation) by radio. It is on the list of IEEE Milestones as a historic achievement in electrical engineering.

In 1922, the Bureau of Standards stated, "the arc is the most widely used transmitting apparatus for high-power, long-distance work. It is estimated that the arc is now responsible for 80 per cent of all the energy actually radiated into space for radio purposes during a given time, leaving amateur stations out of consideration."

In the early days of wireless, messages were encoded in dots and dashes and sent by spark transmitters. Conveying voice or music by radio required a continuous-wave (CW) transmitter, and the first successful CW transmitter was the invention of the Danish engineer Valdemar Poulsen. Poulsen was already known for another invention, the Telegraphone, the world's first functional magnetic recorder, patented in 1899.

Poulsen's invention of the arc transmitter built upon the work of the English engineer William Duddell, who had discovered how to make a resonant circuit using a carbon-arc lamp. Duddell's "musical arc" operated at audio frequencies, and Duddell himself concluded that it was impossible to make the arc oscillate at radio frequencies. In 1902, however, Poulsen succeeded in doing just that -- by modifying the electrodes, placing the arc in an atmosphere of hydrocarbon vapor or pure hydrogen, and adding a transverse magnetic field.

Poulsen's transmitter was used worldwide in the second and third decades of the century until it was displaced by transmitters that employed the vacuum tube as a generator of continuous waves. 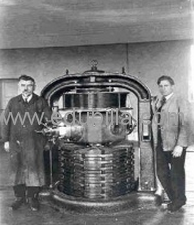 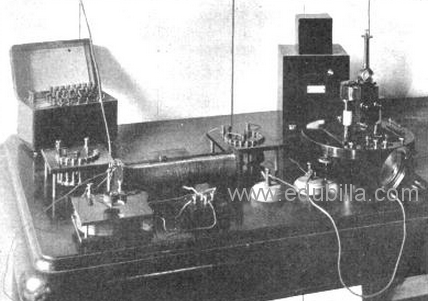