Fluoroscopy is an imaging technique that uses X-rays to obtain real-time moving images of the interior of an object. In its primary application of medical imaging, a fluoroscope allows a physician to see the internal structure and function of a patient, so that the pumping action of the heart or the motion of swallowing, for example, can be watched. This is useful for both diagnosis and therapy and occurs in general radiology, interventional radiology, and image-guided surgery. In its simplest form, a fluoroscope consists of an X-ray source and a fluorescent screen, between which a patient is placed. However, since the 1950s most fluoroscopes have included X-ray image intensifiers and cameras as well, to improve the image's visibility and make it available on a remote display screen. For many decades fluoroscopy tended to produce live pictures that were not recorded, but since the 1960s, as technology improved, recording and playback became the norm.

Fluoroscopy is similar to radiography and X-ray computed tomography (X-ray CT) in that it generates images using X-rays. The original difference was that radiography fixed still images on film whereas fluoroscopy provided live moving pictures that were not stored. However, today radiography, CT, and fluoroscopy are all digital imaging modes with image analysis software and data storage and retrieval.

Although much progress was made during the first half of the twentieth century in recording X-ray images on plates and film, fluoroscopy lagged behind. In conventional fluoroscopy, a radiologist observed an image on a dim fluoroscopic screen. In the same way that it is more difficult to read a telephone topic in dim illumination than in bright light, it is much harder to interpret a dim fluoroscopic image than a bright one. In the early years of fluoros-copy, the radiologist’s eyes had to be accustomed to dim illumination for at least fifteen minutes before performing fluoroscopy. “Dark adaptation” was the process of wearing red goggles under normal illumination so that the amount of light entering the eye was reduced.

The human retina contains two kinds of light-sensitive elements: rods and cones. The dim light emitted by the screen of the fluoroscope, even under the best conditions, required the radiologist to see only with the rods, and vision is much less accurate in such circumstances. For normal rod-and-cone vision, the brightness of the screen might have to be increased a thousandfold. Such an increase was impossible; even if an X-ray tube could have been built that was capable of emitting a beam of sufficient intensity, its rays would have been fatal to the patient in less than a minute. 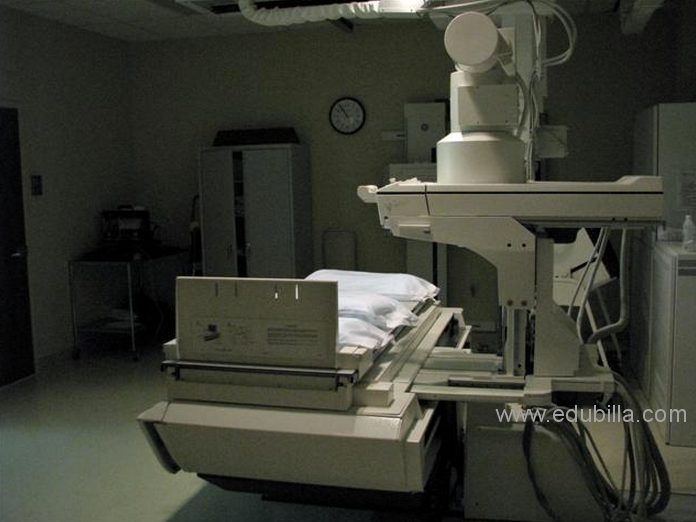 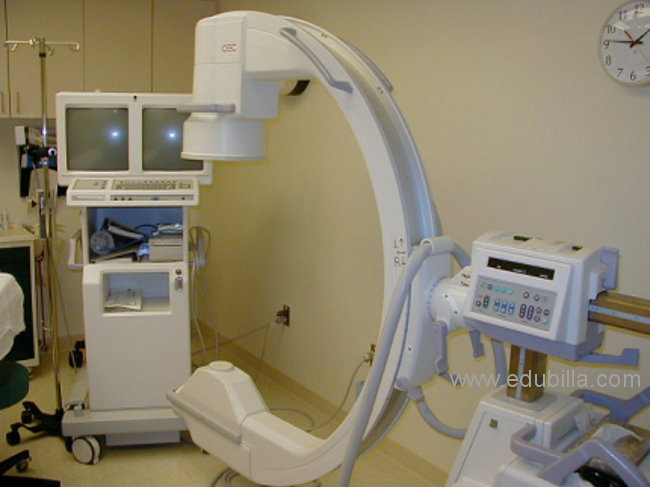