Two men independently developed the octant around 1730: John Hadley (1682–1744), an English mathematician, and Thomas Godfrey (1704–1749), a glazier in Philadelphia. While both have a legitimate and equal claim to the invention, Hadley generally gets the greater share of the credit. This reflects the central role that London and the Royal Society played in the history of scientific instruments in the eighteenth century.

Two others who created octants during this period were Caleb Smith, an English insurance broker with a strong interest in astronomy (in 1734), and Jean-Paul Fouchy, a mathematics professor and astronomer in France (in 1732).

Hadley's second design had the form familiar to modern navigators. The image to the right, also taken from his Royal Society publication,shows the details.

He placed an index mirror on the index arm. Two horizon mirrors were provided. The upper mirror, in the line of the sighting telescope, was small enough to allow the telescope to see directly ahead as well as seeing the reflected view. The reflected view was that of the light from the index mirror. As in the previous instrument, the arrangement of the mirrors allowed the observer to simultaneously see an object straight ahead and to see one reflected in the index mirror to the horizon mirror and then into the telescope. Moving the index arm allowed the navigator to see any object within 90° of the direct view.

The significant difference with this design was that the mirrors allowed the instrument to be held vertically rather than horizontally and it provided more room for configuring the mirrors without suffering from mutual interference. 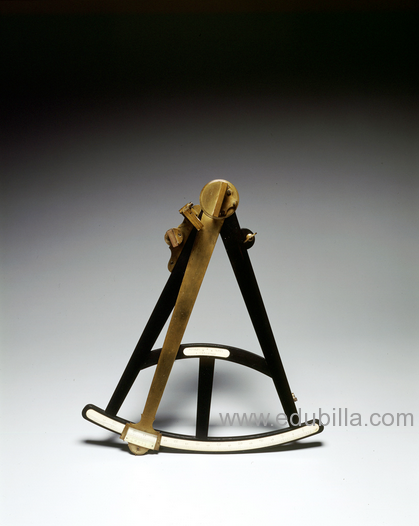 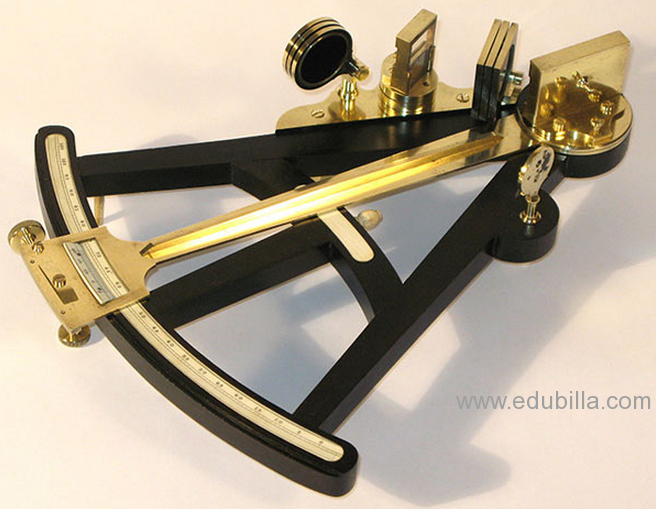